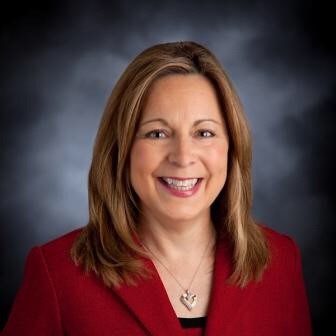 Occasionally I’m asked about my passion for AHA. Why I volunteer, why I believe in the organization and why I travel, speak, walk, jump rope, sponsor and participate. In a society that constantly questions what’s in it for me, I’m happy to share. First and foremost, what’s in it for me is you. Every year I get the privilege and honor of speaking with people young and old about heart disease and the opportunity to tell them my story.

I literally began my walk with heart disease at birth. Born with a heart rhythm abnormality, my parents were told to not expect me to live more than a week. They did what they could do and when the first week passed and then the first month and then the first year, they decided to quite frankly just let me live. I did well growing up, never noticing that my shortness of breath and muscle cramping was anything different than what other kids were experiencing. Didn’t everyone feel like that? And it wasn’t until I was 21 years old and ran up a flight of stairs and nearly fainted that I realized something was not quite right. Other kids were definitely not doing that. After a barrage of tests that confirmed my congenital rhythm abnormality and a slightly enlarging heart I was directed to a cardiologist who recommended a pacemaker. My husband and I together made the decision to proceed, especially because we planned to have children. Things went well for a number of years. We had children, grew our lives together managing around pacemaker exchanges and the very active schedules of our children. I continued to work as a nurse primarily in the emergency department. It was there that my life was quite frankly changed. I had always been interested in the latest treatment for cardiac disease, in particular stroke. In a chance meeting with a drug representative I learned about a new drug to treat strokes, tPA, the clot buster, the new, evidenced based wonder drug developed with the support and help of AHA. This drug when administered in a timely manner would actually break up a clot causing a stroke and stop damage. I was all in. Together with the drug company and hospital support I educated everyone; doctors, nursing and medical staff, community leaders, emergency medical providers, the community at large. I often joked that if there was a community group holding a meeting I’d be there to provide the program. I happened to be at the hospital the first time we used the drug. We had truly amazing results. The best part however, was the reaction of the family, from devastation to jubilation in the matter of minutes. I became a warrior for stroke treatment.

On a Sunday evening in the fall after two 12-hour weekend shifts I drove home. My husband knowing I’d be tired, had fixed supper and together with two of our three children and my future son-in-law we sat down to eat. I’m a storyteller and my family has always been kind enough to listen to my stories. I was in the middle of a really funny one, when my left hand dropped uselessly into my lap, I stared at my daughter, my speech became garbled and I began to drool out of the left side of my mouth. My husband who had attended enough of my educational sessions on stroke knew immediately that his wife was having a stroke. I was 45 years old. I was taken to the hospital I had just driven home from, to the emergency department that I managed and was evaluated and cared for by co-workers who were my friends, who asked my family if they would consent to me receiving tPA. They didn’t hesitate. The answer was yes. Unable to speak or effectively move my left side I was given the drug within the time frame and 20 minutes later began not only moving but speaking. I was flown by helicopter to a large hospital for continued care. I have always worked, but I have never worked as hard as I did to recover from my stroke. I am left with some residual, but I don’t think about that, I think about what I have gained. And I am thankful that AHA supported the research and development of tPA.

My heart is still beating with the help of my ninth device. The last four have been pacemaker/defibrillators. They put them in, I wear them out, and I’m thankful and grateful each and every day to the American Heart Association for their continued support of research for the treatment of cardiovascular disease.

A few years after my stroke, my cardiologist sat me down and told me that I had a heart valve that was beginning to droop and leak and needed repair. After my open-heart surgery to replace that leaky valve I participated in cardiac rehabilitation and was again grateful for the work of the AHA to enact legislation that extends the number of visits for patients. It was so much more than just exercise on different machines. It was a group of survivors who banded together in support of one another to encourage and challenge and learn. 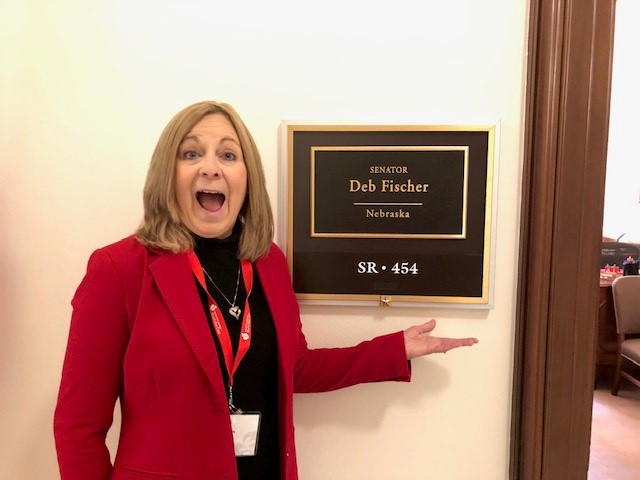 I’ve spoken at AHA events from border to border in Nebraska telling my story. I’m always amazed at the number of people who approach me and tell me their stories, all who have been impacted by the work of the Heart Association.

Participating in these various events encouraged me to start a fundraising “Go Red” event in my own community. The event has grown in the past 6 years from 45 women attending and raising $4,000 the first year to over 120 attending and raising over the past five years $60,000 to help continue the important work of the AHA. Our 6th annual Go Red for Women event will be held later this month. 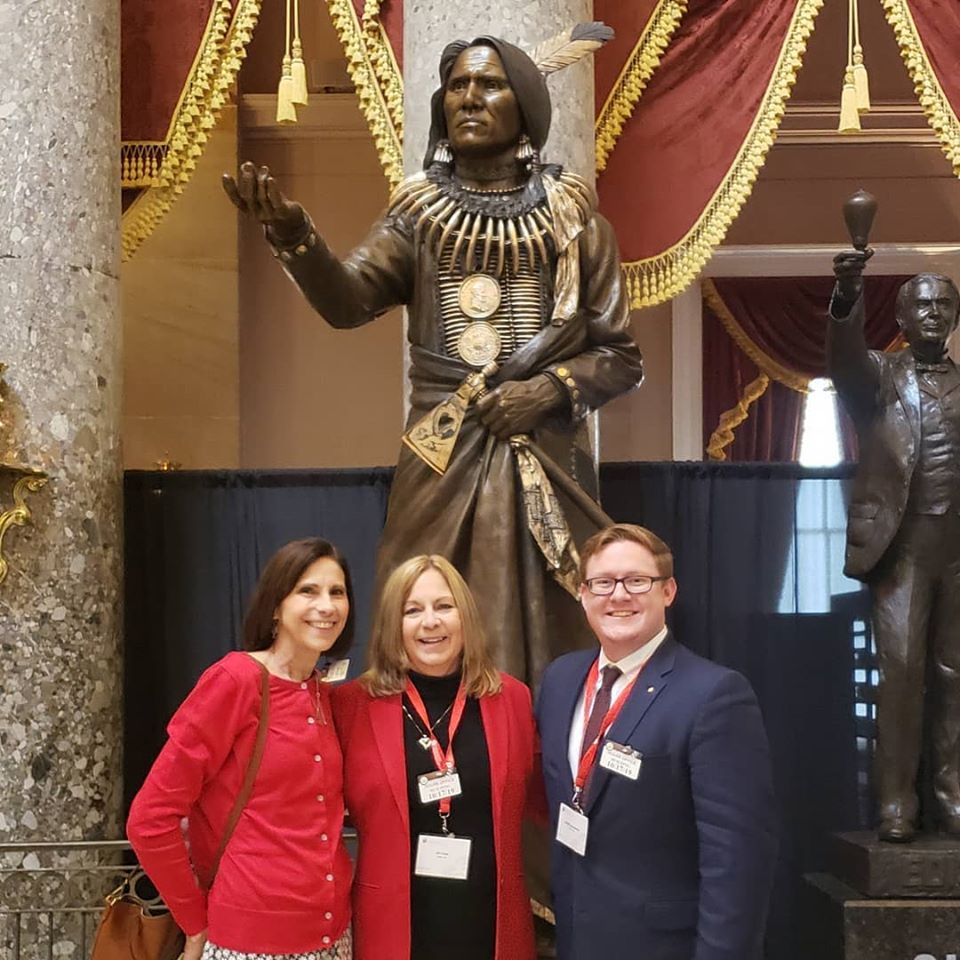 The AHA has graciously allowed me to be involved and attend legislative sessions on a local, state and national level. I’ve testified at state committee hearings on legislation impacting cardiovascular disease, stroke registry, tobacco bills, electronic cigarettes, health care reimbursement, and more. The passing of the congenital heart defect screening bill in Nebraska was a highlight for me. To be able to identify babies at risk at birth with a simple test has been extremely rewarding.

So why am I passionate about the AHA, why do I say “yes” when they call? It’s simple. I owe them my life. 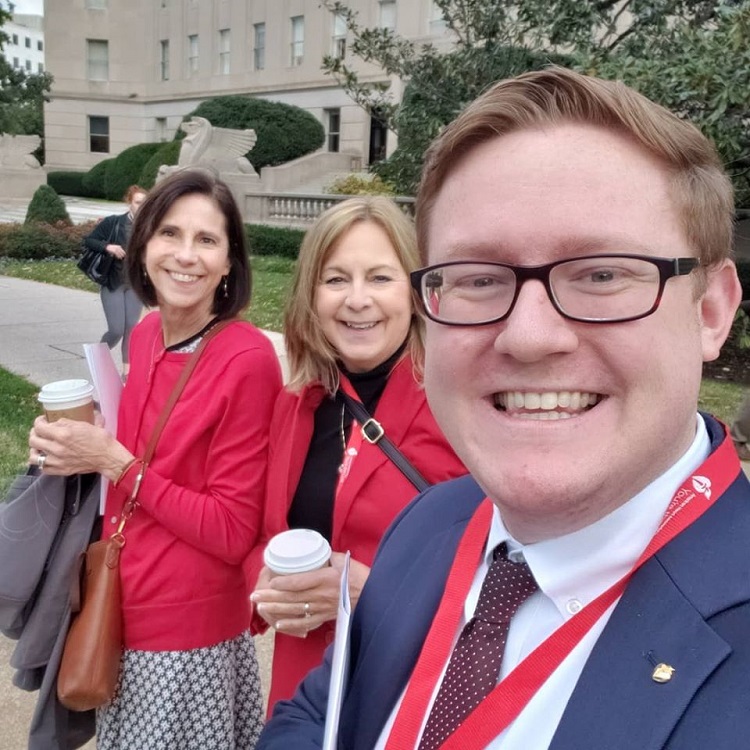