Why Recess Needs to Make a Comeback 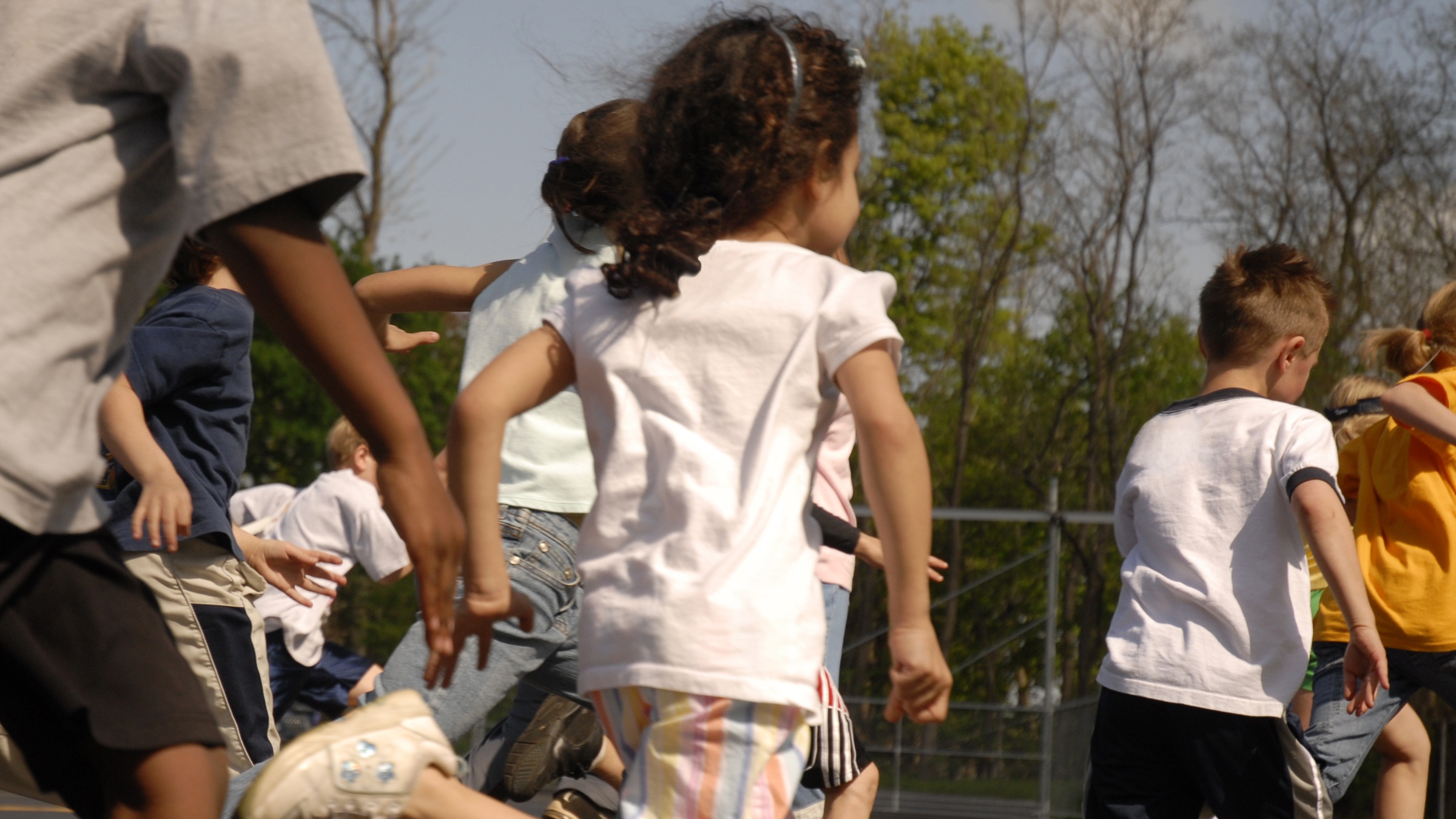 Each day when I get home from work I make sure to talk with my kids and ask them how their day at school went. In a tradition that we started a few years ago we specifically ask them 1) “What was your favorite part of the day?” and 2) “What was your least favorite part of the day?” These are always followed up with either a “Why?” or “Tell me more about that”. It’s a great way to find out what they enjoy, what they don’t, and how they came to those conclusions.

For our 7-year-old I’ve found a pretty consistent theme the first month of the school year: RECESS! And as a parent, I couldn’t be more thrilled! Why? Because more and more research is showing that recess and other physical activity breaks during school are having a huge benefit in other areas as well.

As parents we might think that recess time is just a simple way that we can help kids be active and be more likely to grow up at a healthy weight. But studies also have shown that the free-play that comes with recess is crucial to a child’s cognitive, social and emotional development. Grades. Attendance. Behavior. Memory retention. Concept recall. All of them are shown to improve in children who have regular access to physical activity breaks throughout the school day.

As more and more adults become aware of these benefits we are starting to see parents across the country decry a trend where schools slash recess time, or even eliminate it entirely, to devote more classroom minutes to academic subjects and standardized test preparation.
That’s led many to lobby their state lawmakers to require free-play for their school-age children. And they’re not alone.

According to the American Academy of Pediatrics recess “represents an essential, planned respite from rigorous cognitive tasks.” A recent policy statement from the AAP touting the benefits of recess continued, “It affords a time to rest, play, imagine, think, move, and socialize.”
It also helps kids reset their brains for the remainder of the day.

“After recess, for children or after a corresponding break time for adolescents, students are more attentive and better able to perform cognitively,” the organization said. In essence, recess can help students retain more of what they learn, said one of the AAP report’s lead authors, Robert Murray, M.D.“The science shows pretty clearly that taking those breaks in the day makes students better able to encode memory and learn and perform academically. There’s a lot on the table in terms of the child’s health, well being and academic success,” said Murray, former chairman of the AAP’s Council on School Health.

But just as critical to cognitive improvement, recess also is crucial to developing social and communication skills picked up on the playground – lessons that usually don’t get taught inside a classroom.

“Recess is the only place in school, maybe the only place in their social life, where kids have the opportunity to develop social skills with their peers,” Murray said. “When you think about adults, we value and treasure those social skills in our co-workers – things like negotiation and the ability to communicate and have peer-to-peer interaction as a team member,” he said. “All of those things are really worked out on the playground peer-to-peer, not teacher-to-child, not parent-to-child, but child-to-child.”

When looking at all that recess affords to our children it sounds to me like adults – parents, teachers, administrators, and policymakers – need to spend a bit more time on the playground. In other words, its time recess made a comeback!