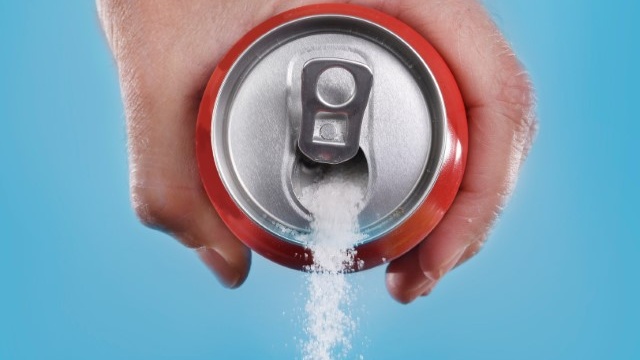 The facts on sugary drinks are simple. They pose a real health risk. Kids especially are drinking too many of them. Over-consumption is taking a toll on our healthcare system and the economy.

Massachusetts should take a page from a growing number of places across the country that have adopted taxes on sugary drinks. These taxes raise much needed revenue for important priorities, and early research shows they are effective at reducing consumption.

Too often, sugary drinks such as sports drinks, fruit drinks with added sugar, energy drinks, and soda are the easy choice because they’re affordable and available everywhere.

The cost we pay for sugary drinks at the cash register doesn’t tell the whole story, however.

Sugary drinks have been identified as a primary source of added sugars in our diets. And excess sugar consumption can lead to chronic diseases, such as heart disease and diabetes. In fact, we spend $190 billion per year treating these preventable diseases.

In many cases, people could be healthier if they had access to healthy options as often and at the same affordable prices as the unhealthy options. That’s what we see happening when it comes to making healthy beverage choices.

Communities across the nation are pursuing a variety of approaches to reduce consumption of sugary drinks, such as removing sugary drinks from restaurant kids’ meals, making sure only healthy options are offered in early childcare settings, and encouraging companies to market their healthier products. That’s a good thing—we need an all-hands-on-deck approach.

One recent strategy showing real promise across the nation is taxation.

Early research also shows they are effective at reducing consumption. For example, a recent study published in the American Journal of Public Health found that sugary drink consumption in Berkeley has dropped by 52 percent in low-income neighborhoods in the first three years of implementation.

All of these taxes have been based on volume—meaning drinks with five grams of added sugars or 50 grams are taxed at the same per ounce rate. The early returns are certainly positive, but new research from the Urban Institute has revealed that a different type of structure could be even more effective: a sugary drink tax based on the amount of sugar a drink contains.

Under this structure, a drink with more added sugars would be taxed at a higher level per ounce than a drink with less added sugars. Similar to the volume-based approach, consumers would see the price difference of each drink right on the shelf.

Taking this step would benefit Massachusetts in several ways.

Research shows that a tax based on sugar content could reduce overall sugar consumption by 25 percent—even higher than a volume-based approach. A lower tax rate on drinks with moderate amounts of added sugars would encourage consumers to make healthier choices and would give low-income consumers more opportunity to save money. In turn, the beverage industry would have incentive to make healthier drinks that are subject to a lower tax burden, or none at all.