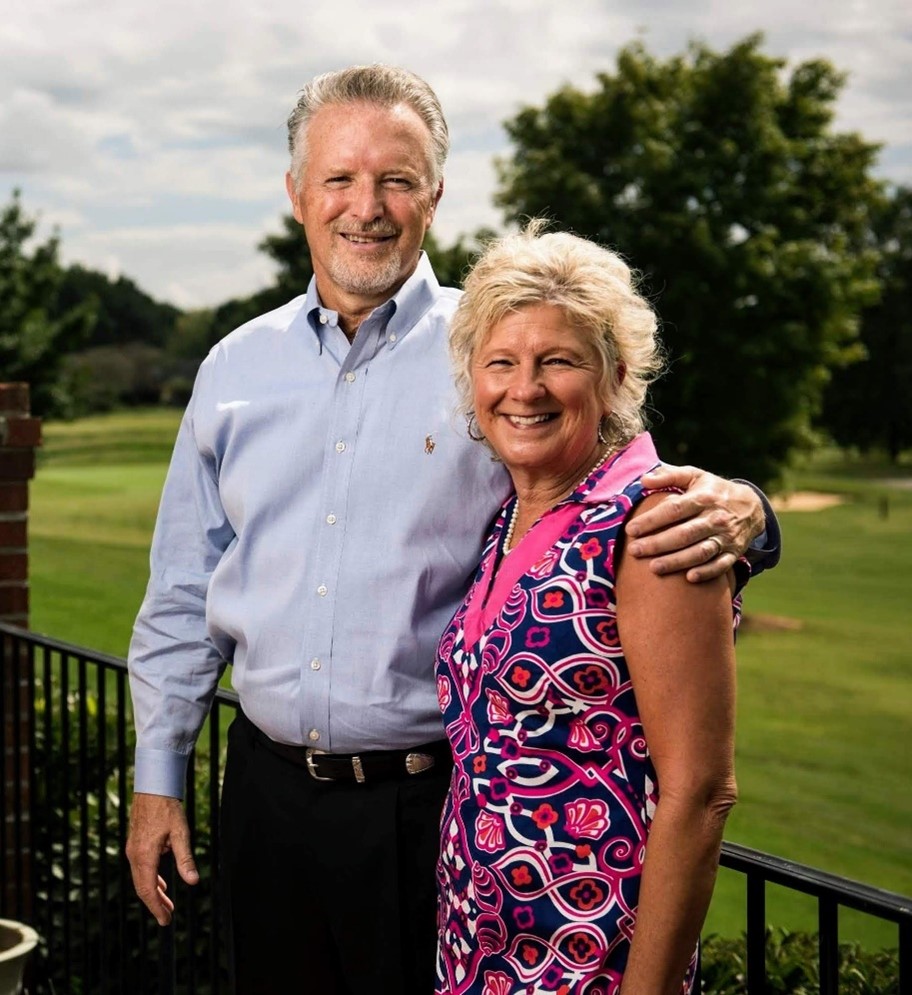 Some things in life are beyond our control. While we can take advantage of resources available to us, like eating nutritious foods, getting enough rest, and living an active lifestyle, changing fate is not within our grasp.  If you were to ask Terry Lewis and his wife, Lesa, if they agree, they will answer with a resounding “Yes!”
hero_image===https://d3n8a8pro7vhmx.cloudfront.net/yourethecure/pages/28239/attachments/original/1607620407/Terry%20and%20Lesa.jpg?1607620407
hero_image_alt_text===
thumbnail===https://d3n8a8pro7vhmx.cloudfront.net/yourethecure/pages/28239/attachments/original/1607620411/Terry%20and%20Lesa.jpg?1607620411
thumbnail_alt_text===
advocate_thumbnail===
bottom_action===

An avid outdoorsman and hiker, who also enjoys golf, Terry Lewis is committed to heart health including an active lifestyle.

With a family history of heart disease, Terry Lewis made sure to visit his doctor regularly. In 2001, he lost his first brother to a heart attack at age 40. In 2013, he lost his second brother to a heart attack at age 39.5. Plus, his mother and sister required triple bypass surgeries. After losing his second brother, Terry, then age 58, asked his doctor to perform a nuclear stress test on his heart to identify any weakness or irregularity. At his doctor’s appointment, he was told by his cardiologist, “On a scale of 1-10, my heart was an 18 and is the last thing that I would ever have to worry about, as I did outstanding on the test.” He received what he accepted as a clean bill of health – or so he thought.

Soon after in April of 2014, his wife, Lesa, was awakened at midnight by an urgency that both Lesa and Terry firmly attribute to their faith. Lesa knew something wasn’t right, and glancing at Terry she noticed he was making an unusual snorting sound that was unfamiliar to her. She attempted to awaken him, and alarmingly was unsuccessful.

She immediately called 9-1-1 and connected with the dispatcher. After Lesa shared she did not know how to perform CPR, the dispatcher calmly and clearly gave instructions over the phone that allowed Lesa to perform chest compressions.  Those instructions kept Terry’s heart beating for the eight minutes it took for the first responders to arrive with an AED to their rural home.  In the hours and days to follow, Terry underwent an emergency heart catheterization, five bypass open-heart surgeries due to 90% blockage in five arteries and received an implantable pacemaker.

Terry later learned he had coded four minutes after the EMS team arrived at their home, again on the ride to the hospital, and three more times after arriving at the hospital emergency room – for a total of five times the night of his cardiac event. Without the dispatcher providing clear CPR instructions to Lesa, the timeliness of the first responders, and the AED that arrived with them – and as Terry shares, “without the help of our Lord and Savior” he would not be with us today.

Equally important to the urgency of Terry’s story is the action and experience of his wife and caregiver, Lesa. In addition to performing the compressions that kept Terry alive – and dramatically improved his health outcome – with the aid of the 9-1-1 dispatcher, Lesa has walked by Terry’s side throughout his rehabilitation, which Terry openly credits as integral to his recovery.

Since then, Terry and Lesa have become strong volunteers for the American Heart Association. They’ve helped raise funds for their local Heart Walk, openly shared their testimony at Heart Balls and in the community at hospitals, as with first responders, civic clubs, You’re the Cure advocates, and so much more.

While Terry and Lesa advocate for many things, they primarily advocate for resources to help people in the event of a cardiac episode. For example, Terry worked with BB&T Bank to secure a $1M investment into a corporate-wide emergency services CPR training program for employees, and the installation of AED devices at all major BB&T locations.  Additionally, he was one of two survivors who helped secure a multi-million dollar NC Research Grant sponsored by Duke Medical Center for the state of North Carolina. The grant funding included installing AED devices in all state-owned and volunteer emergency service vehicles. Terry was a part of the recommendation team to get it approved.

When they aren’t planning international travels or playing with their new Pomeranian puppy Barney, Terry volunteers with a local food bank, and our military and first responders suffering with PTSD: continuing his tradition of community volunteerism work. He has volunteered with nonprofits for over 40 years.

Firm in his faith, Terry openly shares: “One of the best things that’s ever happened was my cardiac event. It has given me the boldness to share my testimony of what the Lord has done in my life. It gave me a chance to publicly thank the men and women of emergency services for their life saving work every day. Every day miracles occur all around us, and we don’t pause to realize where they are coming from.”

Terry’s story is a stellar example of what happens when the chain of survival works correctly – and when our emergency response system is equipped with the resources (CPR training and AED machines) they desperately need to be successful.  In Terry’s own words, “there is a golf term called a “Mulligan,” and our Lord and Savior has certainly granted me a Mulligan in life - that's a second chance – which I plan to take full advantage of.”

We work diligently so advocates, survivors, and caregivers everywhere are able to live in communities that afford them access to these lifesaving resources – because we think that everyone deserves an equal chance at a mulligan.