Last year, Mayor Kenney and the Philadelphia City Council passed a budget to prioritize expanding Pre-k and improvements to parks, recreation centers and libraries to improve the health and well-being of residents. These efforts were funded through a tax on sugary drinks, which also has a public health impact of reducing sugar consumption - something we know decreases the risk of heart disease and diabetes.

Recently, some legislators in Harrisburg began discussing preempting local communities from passing local policies. Local government is more connected to the people, and more accountable to them. Taking away the right to local control means taking away the rights of citizens.

On June 23, state legislators scheduled a hearing in Philadelphia to discuss the issue and the people spoke - in strong support for the tax and funding solutions!

In fact, Dr. Paul Mather was scheduled to speak, but the hearing had to be cancelled due to the overwhelming support! Below is the testimony Dr. Mather had planned to deliver.

Chairman Wagner and Members of the Committee: 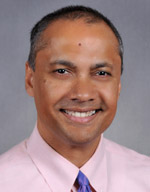 Thank you for the opportunity to speak regarding the Philadelphia beverage tax.  I come to you as a heart transplant cardiologist who sees firsthand the effects of chronic diseases such as heart disease and diabetes, exacerbated by overweight and obesity.  The connection is simple:  Americans consume too much sugar, and the results can be devastating.  While not set out as an established objective of the Philadelphia tax, reducing consumption of sugary drinks is, indeed, a goal of many in the medical establishment.  The health and economic toll of excess sugar in the diet is staggering.

I also wear the hat of President of the Great Rivers Affiliate of the American Heart Association and can speak to the Association’s position.  Sugary drinks are the single leading source of added sugars in the American diet and are associated with an increased risk of type 2 diabetes, heart disease and other chronic diseases. The American Heart Association recommends that children over the age of 2 have no more than one 8-ounce sugary drink a week, yet children today are consuming as much as ten times that amount.  Tragically, children in low-income families consume two-and-a-half times more than their peers in higher-income neighborhoods, and this is in part due to aggressive marketing by the beverage industry aimed at these market segments.

So, what impact can the Philadelphia beverage tax have?  Researchers at Harvard University have projected that over a ten-year period, the tax in Philadelphia will reduce consumption of sugary drinks enough to prevent nearly 20,000 cases of type 2 diabetes and reduce the incidence of heart disease, stroke, and obesity.  As a result, the researchers forecast more than $76 million in health care savings over that span.  Add to that the improved quality of life that would accompany the savings, and the case is strong for the tax from a health perspective.

The estimated revenue from the tax is already funding Pre-K expansion, as well as improvements in city parks, recreation centers, libraries and community schools.  Since it is vital for children and adults alike to have increased opportunities for physical activity in the community, the American Heart Association was especially happy to see the Mayor highlight improved basketball courts and functional water fountains as part of the Rebuild program.  These changes can alter the daily lives of Philadelphians and, ultimately, improve their health.  Likewise, getting children into quality Pre-K programs provides opportunities for physical activity, nutrition, and foundational learning which addresses overall social determinants of health.  The result is improvement of the long-term health of not only the children in those Pre-K seats but also the city as a whole.

The media coverage of the Philadelphia beverage tax has been focused on jobs. The tax is funding Pre-K seats that have not only created more jobs in early childhood education, but are setting kids up for a better education and to be more employable when they grow up. More jobs will be added in construction as soon as the City is able to move forward with the Rebuild plans. Stories of beverage industry job losses have grabbed the headlines centering the blame on the beverage tax. However, according to interviews with beverage company executives, industry job losses are being driven by shifts in customer taste preferences toward healthier beverages that are upending the companies’ traditional business model.  Despite what the beverage industry wants you to believe, research and real-world experiences show that sugary drink taxes don’t cause job losses; in fact, these taxes will result in a healthier workforce and actually create new jobs—and that is healthier for us and healthier for our economy.

With the health of the city of Philadelphia on the line, on behalf of the patients I see daily who have been negatively impacted by too much sugar consumption, and in the interests of the 2000 Pre-K students who have already benefited from the tax revenue, I urge the committee and the community to support Philadelphia’s sugary drink tax.