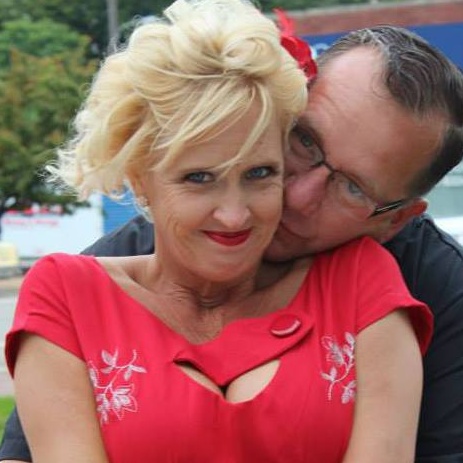 I was five years old when my mother sat down with me and told me she needed to go out of town for heart surgery.

My mother was only 36 years old.  That surgery led to another one and many more to follow.  As a little girl, my mind lost all concept of time while my mother was gone.  I stayed with my dad’s parents while he was with my mother during these trying times.  My grandma and I would pray for her every night, not knowing if my mother was going to come home.

Although my grandparents were nurturing, I missed my mother terribly.  It was extremely difficult for me to wrap my head around my mother’s illness.

She was given a pacemaker and had heart valves changed throughout her 40 years.  As I grew into an adult, I saw her suffer on a daily basis.  She was trying to lead a normal life for the sake of her family.  She would have some good days and some very poor days, where she would struggle to get out of her chair.  “Is this life or is mom living?”

I was in my early twenties when our entire family met at a local restaurant to celebrate my birthday.  That was the last day I would see my mother.  Never would any of us have thought that in just a few days she would pass because of this disease that plagued her for 40 years or more of her life.  Although we all knew our mom was with us on borrowed time, the pain of her death was excruciating for all of us.

When I turned 29, I began a new career as a nurse.  Prior to starting nursing school I was required to have a physical by my doctor.  At this time he noticed I had a small heart murmur, but nothing to be real concerned about.  My doctor just wanted me to have an EKG every year with my annual exam.  As I finished nursing school I began working right away.

I became short of breath and nauseous while I was at work one day.  My nursing partner did a quick assessment on me and found my vitals and pulse ox were not within normal limits.  I left work early as my supervisor and co-workers were concerned.  I made an appointment with my doctor and he referred me to a cardiologist right away.

The cardiologist did an EKG on me and found I was in A-Fib.  He started me on an anti-rhythmic medication and wanted to see me in another week.  During this doctor’s appointment another EKG was done and found the same results, that I was in A-Fib.  He then chose to go to the hospital and do cardioversion.  I kept converting back into A-Fib even on the medication and five different cardioversions.

He set me up with an appointment with an electrophysiologist (EP) doctor to have him do an ablation to burn spots on the suspicious spots on my heart that were causing the arrhythmia.  I was sent home the next day and began to feel better each day.  I began working full time again and began “living” my life productively.  Raising three kids and taking vacations with my husband and family.  I was back “living” the life I was intended to live.

Four years later I was working in the ICU and my heart started to race.  I was short of breath and began to lose consciousness.  The nurse I was with (my guardian angel) realized I was ill and she called a “Code Blue.”  I was in cardiac arrest.  The team of doctors and nurses externally defibrillated me with the crash cart and brought me back.

Moments later I went back into cardiac arrest.  They once again worked together and brought me back.  When I awoke, I was in the emergency room on 15 liter oxygen.  At my bedside was my priest, my husband and my dad.  They all looked so concerned and my priest was praying for me.  I was not completely sure what had happened until the doctor came in to assess me.  I still did not have a complete understanding of what really happened and felt very embarrassed.

The next day they contacted an electrophysiologist at another hospital.  This doctor directed them to transport me over to his department so he could either do another ablation or put in a pacemaker/defibrillator.  Once I got to the receiving hospital they took me straight to the operating room with the intention to do an ablation.  Once the doctor started, he realized the ablation would not solve the issue and I was going to need a pacemaker/defibrillator.

I went home from the hospital two days later and recovered well at home.  Once again I began “living” my life to the fullest.  I went back to work full time, and spent quality time with my family once again.  I was extra cautious with my diet, exercise and made sure I was getting enough sleep.  I had a machine hooked to my phone as it would send readings to my EP doctor to keep track of my heart rhythms.

Six weeks into having my new heart device I received a letter from the manufacturer that made my pacemaker/defibrillator.  It had been recalled due to the lead wire fracturing.  My EP called me immediately and advised me to have it changed because I was 100% pacer dependent.  He scheduled my new pacemaker/defibrillator to be immediately put in as time was of the essence.

In August 2016, I began to decline more rapidly.  At this time I was seeing my heart transplant doctor.  I was going through multiple tests and procedures.  When I was admitted in December 2016 for a procedure it was determined I was in full heart failure.  My only option to stay alive was a heart transplant which were no immediate donors or a Left Ventricular Assistant Device (LVAD).  I, of course, opted for the LVAD and spent many weeks in the hospital after surgery.  I slowly recovered at home and “living” each day with my mechanical heart (LVAD) as I wait for a heart transplant.  I am on the heart transplant list, however, there is no telling when a heart will become available for me.

Life is what you make of it and I choose “living” everyday God gives me with an optimistic attitude.  God is good!