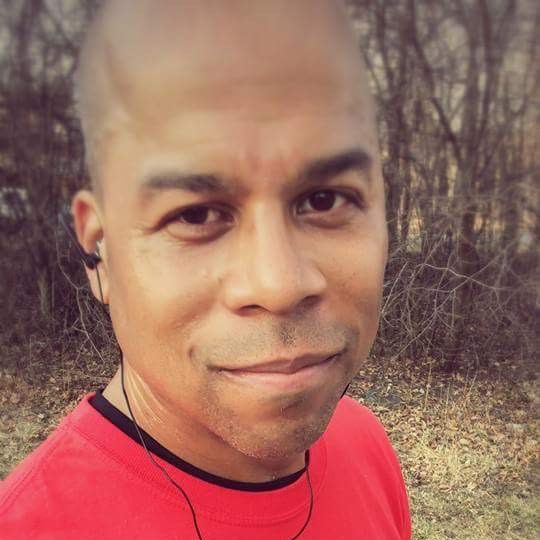 The winter of 2011 will forever be a reminiscence of what eventually became a diagnosis of Congestive Heart Failure.

There I was, after a snow storm, shoveling a path down the sidewalk when I began to cough up, what I thought to be phlegm. However, after taking further notice behind me, as I continued to shovel snow, it was actually a trail of blood.  I'm sure some would instantly go into shock, panic, and drive themselves to the nearest emergency room.  Not me.  Instead, I kept shoveling that snow and when done, I went inside, where it was warm, took off my winter coat and accessories, made some hot cocoa and enjoyed the next few hours of YouTube video surfing.  Big mistake.

As Spring chased away the bitter cold and introduced sunshine, not only was I still coughing up blood but now my couging had worsened to the level of coughing convulsions -- especially when I laid down at night.  I could barely hold a conversation with anyone because once I opened my mouth to formulate words, my coughing would interrupt that attempt.

Because of my high acidity diet that included a high beer consumption on a regular basis, I would develop gout in my feet.  These gout attacks would become more constant and frequent as time went on.  Gout tends to cause inflammation and swelling around the big toe and around the ankles of the feet.  Ultimately, my "Band-Aid" attempts of taking Motrin proved to be non-beneficial and my gout flare ups became immune to the medication which caused me to limp a lot and, at times, not even able to put on my shoes.  I would also have to walk with my grandfather's cane, just to get around.

As summer came into view, I would awakened in the mornings and vomit, on top of the lingering coughing attacks that, at this point, were so strong, I would have to brace myself to prevent falling to the floor that's how strong my coughs became.

In terms of my heart, its beating patterns were so rapid, it felt as if I ran a marathon - just sitting.  One could actually see my heart beating out of my chest.

One day, my sister, out of much concern, convinced me to go see my doctor.

My first visit, I was given a full physical and placed on high blood pressure medications. In addition, my doctor gave me some other prescription medications that no human could possibly decipher into the English language.

The medication did very little in bringing about any normalcy in my condition so my doctor thought to perform an EKG.  When those results came back I was strongly encouraged to return to the doctors office immediately for the news.

Congestive Heart Failure was the diagnosis.  CHF is a chronic condition in which the heart doesn't pump blood as well as it should.  Still not quite understanding what those three words truly meant, she then hit me with kidney disease, pneumonia on my lungs, fluid retention, and an enlarged heart. Possibly because of the heavy medication I was under, I took all the news rather lightly and unconcernedly.  I had no idea how badly of a state my health was in.

After several additional visits to the doctors office, which became weekly visits, this one visit was the tipping point.  My mother drove me to this appointment because by this time, I couldn't drive myself, due to the heavy medication I was under.  When we reached the reception area, I found it very difficult to get settled in a chair, I began to feel warm and my nerves were all over the place.  I told my mother I was going to step outside to get some air.  Unbeknownst to me, my mother and my doctor found me standing in the center of the parking lot, head tilted to the sky, trying my best to inhale air.

My doctor yelled at me to get to emergency immediately.  I complied and found my self admitted.  During my almost two week stay, I was told that at 40 years of age I was the youngest person in the unit.  The cardiologist informed me that if I had waited another week, I would have died.

Laying in the hospital, confined to bed as a fall risk, I had no other choice but to reflect on my life, what I had done to myself, and if given another chance, what I would do differently...if I had another chance in my immediate future to change.

After my initial release I found myself back in emergency due to the fluid retention in my legs not subsiding.  After being released seven days later I began having regular visits to a cardiologist which terrified me with his ending comments into his handheld voice recorder.  Those last words were "...Patient James Young...if we do  not see improvement in his condition within the next 30 days, we will proceed with defibrillator implementation.

Let's just say, I used the next 30 days as if they were my last!  I stopped drinking alcohol, sodas, fast foods, minimized my cigarette smoking significantly and remained faithful to the Lasix medication regiment.  In less than a month, I was under 200 lbs. (195 lbs.) from 270 lbs.  I had another physical as well as an EKG on that day.

The results were delivered in the mail and the first thing I see is a personally drawn happy face with the words "Good Job James" next to the happy face.  After reviewing the results with my doctor she made one last comment that stuck with me.  She said "you have become responsible."  She went on to add, "you have overcome a condition that thousands of individuals suffer from everyday and your job in this second wind in life, it is important to share your triumph and give others the same hope that they too can CHANGE!"

So here I am today, still no alcohol consumption, done with cigarettes, and soda is a distant memory.  I am now able to do upwards of 10 miles on the track.  And to top it all off, I'm not longer on prescription medication.

If I can lend any advice, I had to learn to love myself MORE than my bad habits.  I had to deal with what was eating me before I effectively tackled what I was eating and putting into my body that was literally killing me.  Now, life is GREAT!!