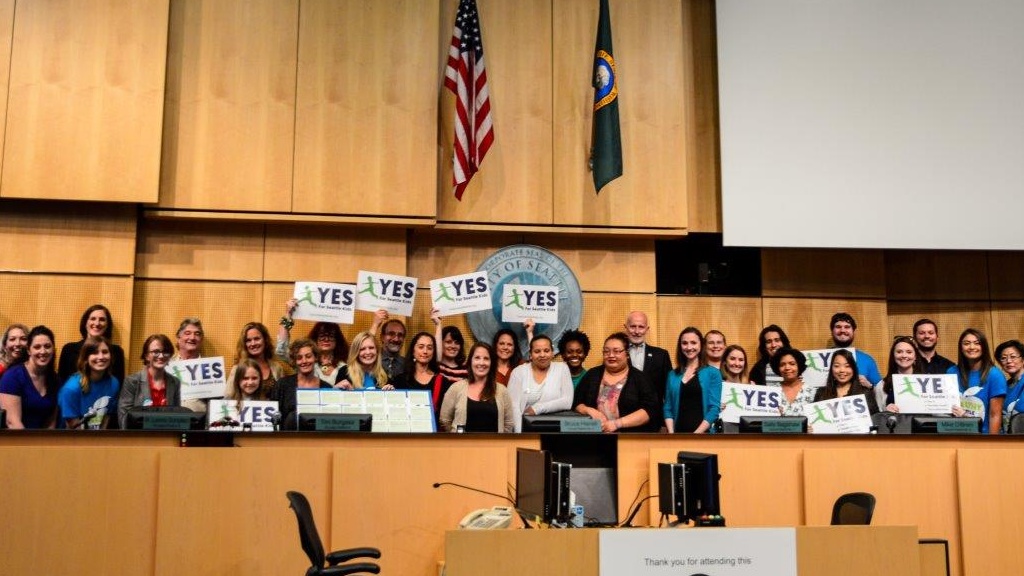 Seattle became the ninth area of the country to pass a sugary drink tax, with a 7-1 vote that imposes a 1.75-cents-per-ounce levy on distributors.

Earlier this month, a city committee passed the measure 5-2, changing the original proposal to exclude diet drinks. The amendment also would give a free pass to small companies and a break to one penny an ounce for medium-sized ones.

Supporters have been making the case for the health and revenue benefits of the measure since Mayor Ed Murray in April proposed the tax – which is just the latest in an outpouring of soda tax legislation over the past few years.

Berkeley was the first U.S. city to pass a soda tax in 2014. Then, the Navajo Nation, which covers the corners of Arizona, New Mexico and Utah, began collecting a 2 percent “junk food” tax in 2015 that includes sugary drinks. Last June, Philadelphia passed a 1.5-cent-per-ounce tax, which is currently being challenged in Pennsylvania courts.

Voters in Boulder, Colorado, and the California cities of San Francisco, Oakland and Albany passed similar initiatives in November. A couple of weeks after that, the board of commissioners in Cook County, home of Chicago, became the largest area of the country to pass a tax.

Since then, legislators and soda tax supporters in Connecticut, West Virginia and other jurisdictions have been working on plans in their areas. In May, however, voters in a special election held in Santa Fe, New Mexico, rejected, 58 percent to 42 percent, a proposed 2-cents-per-ounce drink tax.

“If our goal is to educate and not punish, then there is a better way to encourage individuals to consider the calories and sugar they consume from their beverages,” the group said in a recent post on their Sip & Savor blog. “We’re doing it through our Balance Calories Initiative. However, singling out a product for a tax won’t make people in Seattle healthier and certainly will hit the pocketbooks of those who can least afford it.”

But advocates of the tax say that’s not true, and instead point to the costs – physically and financially – from the health effects of sodas in these same communities. They point to studies that say children who consume at least one serving of sugary drinks a day have a 55 percent increased chance of being overweight or obese, compared with children who rarely drink sugary beverages.

“The soda industry disproportionately markets sugary drinks to communities of color, especially youth. And these very communities are most affected by the obesity and Type-2 diabetes epidemics resulting from the consumption of sugary drinks,” according to a prepared statement from Ben Danielson, M.D., of Odessa Brown Children’s Clinic and El Centro de la Raza Executive Director Estela Ortega. The two are co-chairs of Seattle Healthy Kids Coalition, which has been pushing for the tax.

“That’s why a tax on sugary drinks – like taxes on tobacco – will be effective in not only addressing the health impacts of these products, but also in increasing funding for early learning, education and public health programs in Seattle.”

Seattle officials have said the tax would generate $28.4 million for the city’s general fund in 2018, but that estimate was before the exclusion of diet drinks. New estimates have the collection at about $15 million.

The city says it wants to use the money “to fund services that will promote school readiness and learning, reduce the academic achievement gap, prepare graduates for college and the career of their choice, improve access to healthy food, and expand services for the birth-to-five population.”