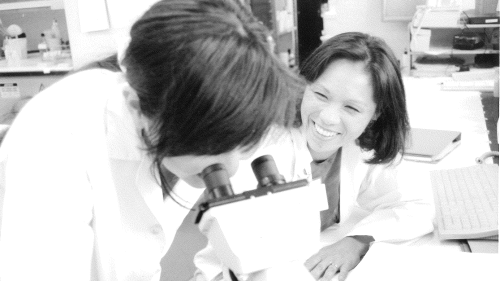 The American Heart Association, and the Hawaii community, lost a very dear friend and a dedicated tobacco control and health advocate in October when we received word of the death of Elizabeth “Liz” Tam, M.D.

I first met and got to know Liz when she was making her transition back to living in Hawaii in 1991. Liz had applied for and received a research grant from the American Heart Association Hawaii Affiliate that allowed her to work alternatively two weeks at the University of California San Diego (UCSD), and two weeks in Hawaii before she and her husband Mark, a Honolulu cardiovascular surgeon, were able to make their permanent move to Hawaii. Part of Liz’s and Mark’s desire to move back to Hawaii was their desire to have their young children grow up in Hawaii, Liz’s childhood home, and get to better know Liz’s parents.

While interviewing Liz for an American Heart Association donor newsletter story about her research project I learned that, in addition to being an awarded pulmonologist who had completed her residency at Harvard’s Brigham and Women’s teaching hospital, during her time working at UCSD she had been a contributing author to an update to the U.S. Surgeon General’s Report of Tobacco. During our interview I asked her if she would be interested in becoming an American Heart Association advocate and help us work on passing tobacco control policies to improve our communities’ health. She enthusiastically accepted the opportunity and our long-time volunteer/staff bond was forged.

Lobbying for tobacco-control policy in the early 90s was challenging. The multi-state lawsuit against the tobacco companies would not occur until later that decade so the tobacco industry’s documents revealing its long history of lies and deceit of the public about the health dangers of its products were not yet made public. The tobacco industry’s lobbyists, who back then barely attempted to veil their sizeable donations to, and influence over our legislators, ruled the legislature’s roost. Many legislators welcomed the industry’s donations and rewarded those donations by helping to fend off public health organizations’ attempts to pass policies aimed at protecting the public’s health. Liz’s arrival back to Hawaii gave us a strong, well-credentialed Native Hawaiian voice with a vast knowledge of tobacco’s health risks to begin to counter the industry’s messages.

What made her even more valuable as a volunteer was her passion for the subject, her talent and patience to educate non-science people about tobacco health risks. Plus, she seldom said no when asked to speak with a legislator, be interviewed by a media representative or to help author an op-ed newspaper article. She was generous with both her time and her talent.

Liz eventually became a Board leader for the Association’s Hawaii Affiliate helping to mentor other Board champions for tobacco control. She also rose to become professor & chair of the Departments of Medicine at the University of Hawaii John A. Burns School of Medicine.

It’s hard to place a value on the full impact of her contributions to Hawaii’s health over the years. The number of lives saved both in current and future terms from her work on passage of the state’s and counties’ smoke-free air laws is likely well into the thousands. The value of her work to help establish, then guide implementation of the State Tobacco Prevention and Control Trust Fund (created by moneys received by the state from tobacco companies as part of its lawsuit settlement for health harms and deaths cause by the companies’ products), and finally to protect the Fund from threatened repeal by state legislators is immense. Liz also chaired the Trust Fund’s Advisory Board which helps to guide the effective investment of its funds into community health programs. Perhaps part of the value of her contributions can be drawn from the Hawaii Department of Health 10-year report on the Trust Fund’s effectiveness published in 2018. It found that between 2009 and 2018, the Cessation Grants Program funded through the Trust Fund helped approximately 12,000 Hawaii people quit using tobacco products. Thousands of other young people were helped to live tobacco-free through prevention programs funded through the Trust Fund. Over that same period, Hawaii tobacco prevention, control and cessation programs saved the state and its taxpayers approximately $1 billion in healthcare costs.

Many who never met Liz have been impacted by her work. For those of us lucky enough to have worked with her and become close friends, she will remain a guiding light. She’s left a legacy in our community that will long resonate, and values that each of us would be wise to be motivated to strive for in our own lives. She continues to be one of my guiding lights.