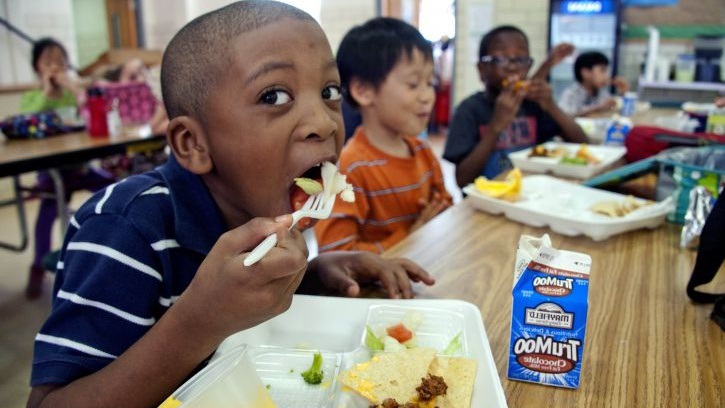 For the first time in a decade, some states have lowered obesity rates.

Decreases occurred in Minnesota, Montana, New York and Ohio, according to an analysis of U.S. data that was released in the “The State of Obesity” report issued annually by the Robert Wood Johnson Foundation and Trust for America’s Health. There had been a brief drop in 2010 for Washington, D.C., but no state declines.

“People are seeing the light.  We’ve seen that some states are doing something about [obesity] and we have evidence that it’s working,” she said.

All states maintained rates of at least 20 percent, with increases in Kansas and Kentucky.

Louisiana topped the list with 36.2 percent of adults being obese, while Colorado had the lowest at 20.2 percent. Other states remained stable.

State rankings are based on survey data collected by the Centers for Disease Control and Prevention.

Rich Hamburg, interim president and chief executive of Trust for America’s Health, said the good news is that in the last couple of years, fewer states have increased their obesity rates. In comparison, six states increased obesity rates  last year, he said.

Despite the progress, obesity remains much higher than it was 20 years ago, said Hamburg, whose organization works on the report with the RWJ Foundation. For example, Colorado, the state with the lowest rate of obesity in 2015 would have been the highest in 1991. “That says a lot.”

To address obesity, Kris-Etherton said states must consider that it’s a product of diet and physical activity. “In general, we’re pretty sedentary — and that’s a problem,” she said.

Some states are responding with policies and programs.

Virginia passed a bill setting minimum time requirements for physical activity in schools , according to the report.

Ohio, one of the four states to lower obesity in 2015 invested $2 million into a new healthy food financing initiative.

“We know what works, we know the policies to put in place to promote sound nutrition and to promote physical activity but we need to invest more in these policies,” Hamburg said. “We need to bring pockets of progress to scale.”

Most of the policy focus is on children, because it’s easier to prevent than treat obesity, he said.

Federally funded programs like WIC and Early Head Start have spearheaded efforts to provide more nutritious meals to millions of kids, Hamburg said. Voices for Healthy Kids, a joint program of the American Heart Association and RWJF has encouraged state policies to curb obesity, he said.

“It’s only going to get worse if obesity rates continue to increase at a young age,” Kris-Etherton said. “More kids will be obese for a longer period of time and will suffer the health consequences.”

Read the original article on news.heart.org.