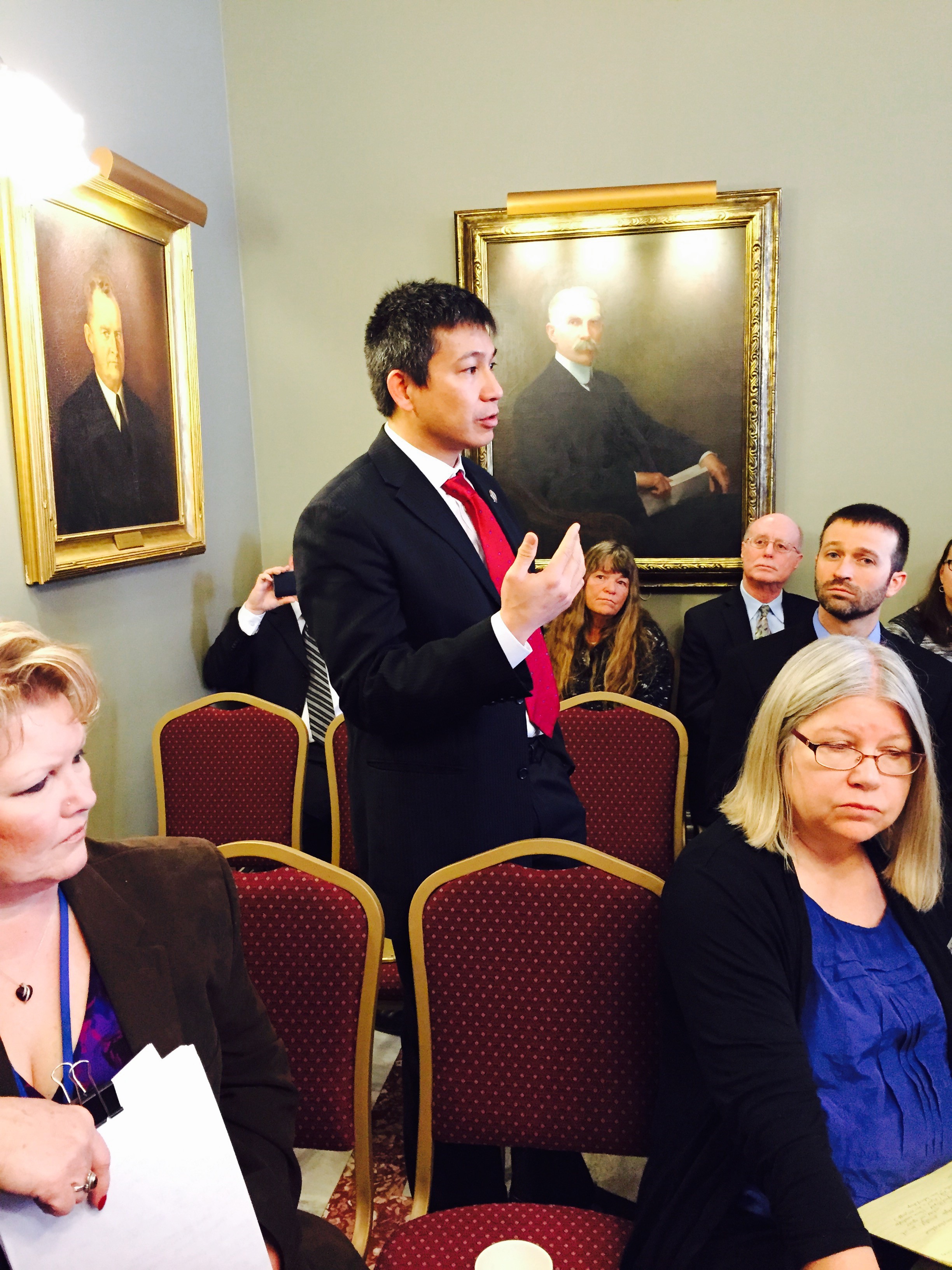 While the State of Obesity Report released earlier this month shows Vermont might be doing well at first glance, the guest editorial below by Burlington Cardiologist Dr. Prospero Gogo takes a closer look.

Last week, Vermont was ranked 12th lowest in adult obesity rates in the State of Obesity Report, but delving further into that report and additional obesity studies should sound alarm bells to Vermont state leaders. The report by the Robert Wood Johnson Foundation and Trust for America’s Health showed Vermont’s adult obesity rate climbed from 10.7% in 1990 to 27.6% currently. We have a crisis on our hands that calls for action.

Without effective policy efforts to address obesity and diet-related diseases, our rates of heart disease today (and the health care expenditures for treating them) will in the future seem comparatively quaint as many Vermont youth are already on the fast-track to obesity.

This trend is manifesting itself into numerous chronic diseases that are costing the state billions. According to the Vermont Department of Health (VDH), poor nutrition -- along with a lack of exercise and tobacco use -- is one of three behaviors driving four chronic diseases in Vermont costing the state $2 billion annually. As VDH notes in its 3-4-50 campaign to help make the healthy choice the easy choice, this health care expenditure will only increase in size if Vermont doesn’t take serious action.

This is the crisis I’m referring to.

Let’s take a look at just one Vermont hospital. Last year, more than 1200 people underwent stent procedures for heart disease at UVMMC. 44% of these patients were clinically obese; 81% were overweight. The majority had weight-related conditions, including diabetes in 33%, and hypertension and hyperlipidemia in 3 out of 4.

Now consider UVM only performs these procedures for about 50-60% of the Vermont population (others go to Dartmouth or Albany). Furthermore, these chronic diseases happened at the current rate of obesity. Let’s do some math:

• The State of Obesity Report predicts Vermont’s 38,031 cases of heart disease will sky-rocket to 190,617 by 2030 if we continue on our current path
• The same report shows more than 14% of 2-4 year olds in Vermont’s WIC program and nearly 13% of our high school students are obese
• RiseVT’s recent study of the Body Mass Index (BMIs) of 1st, 3rd and 5th grades in Grand Isle and Franklin counties found 41% of the youth were overweight or obese
• A study in the New England Journal of Medicine this spring noted the majority of today’s toddlers will be obese by the age of 25

While the Centers for Disease Control (CDC) also released a study this month showing Vermont fared somewhat well in hospitalizations and deaths from cardiovascular disease and stroke, it too predicted escalating health care costs if more isn’t done.

Without significant preventative efforts, the CDC predicts 4,900 emergency visits, 17,500 acute hospitalizations, and 3,400 deaths related to cardiovascular events by 2021 with a price tag of $300 million.

What can we do? As the health department noted in VTDigger’s story earlier in the week, the problem didn’t happen overnight. We live more sedentary lifestyles, and too many consume supersized and super-sugary foods. This includes the pervasive problem of sugary drinks which are now the single largest source of added sugars in the American diet.

We need to change norms, and according to the CDC changing the context means creating an environment where the healthy choice is the easy choice.

The American Heart Association, American College of Cardiology and American Academy of Pediatrics are all supporting legislation in Vermont that would make healthy beverages the default beverages in restaurant kids’ meals. It’s a good first step towards helping children develop healthy eating patterns early, and it works. When Disney adopted healthy default beverages at its theme parks, parents stuck with the healthier options 66% of the time. Other localities think it’s a good idea too. California just passed this legislation, as did the cities of Lafayette, CO, and Baltimore, MD.

The legislation also addresses one of the biggest culprits in the obesity crisis – sugary drinks. Each extra serving of a sugar sweetened beverage consumed a day increases a child’s chance of becoming obese by 60%, and kids are currently drinking about ten times the recommended daily limit. In fact, the average American is getting 34 pounds of added sugar each year just in sugary drinks.

This is progress. Prevention is an effective and inexpensive tool. It is also unquestionably necessary or this crisis will continue. Please join me in urging Vermont leaders to tackle this issue head on this coming session.