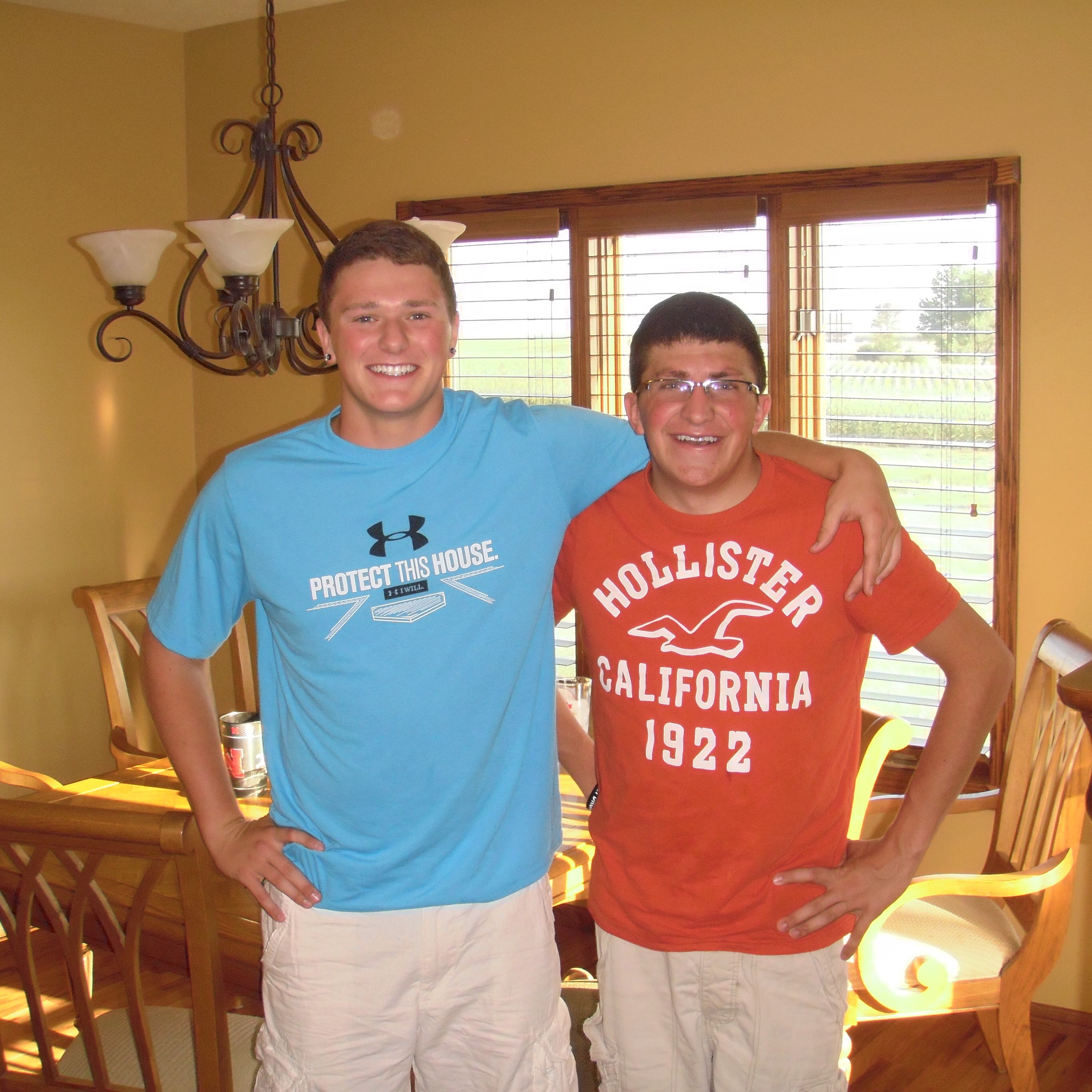 Melinda Kentfield honors her son Taylor by advocating for CPR education in our schools.  Taylor lost his life to sudden cardiac arrest. We are inspired by Melinda's courage to share her family's tragedy in order to help others.

I want to tell you about my son, Taylor.  And as a Mom, I want to do my part in making a difference in your lives, and in turn, asking you to do the same.

Taylor Kentfield was born October 12th, 1991.  When he was born, they identified immediately that he had a heart defect.  They diagnosed him with Noonan’s Syndrome at 6 months of age.  With Noonan’s Syndrome, came the diagnosis of Hypertrophic Cardiomyopathy.  Hypertrophic Cardiomyopathy is an enlarged heart.  We watched him develop, grow, and manage his heart disease.  He was followed closely by a Cardiologist and we all felt like he was doing well.

On September 10th, 2013 while jogging with friends in Brookings, South Dakota, his heart produced an arrhythmia that caused him to collapse.  With his enlarged heart, we knew that there was a very, very small risk that he could have a lethal arrhythmia that could ultimately result in sudden cardiac death.  They tried to save him, but he died that night. Taylor was 21 years old.  I will come back to that night in a bit for a very important message of how you can make a difference.

I walked the path of life and health with Taylor.  I watched him struggle with being different, not being able to play sports, being concerned about how he felt and if what he was feeling was something serious.  But through it all, Taylor worked hard to make people smile, laugh, and love.

When he was younger, Taylor would sometimes pull out and use the “heart card”.  He would say,” I can’t do that, I have a bad heart (as he smiled)” when he wanted to make an excuse for something.  But sometimes I think that he wanted to make it known that he did live with a concern about his health and wellbeing, we all couldn’t see it, but he knew it and felt it every day.

I figured out through reflecting on his life after his death, that at some point in his young adult life, he decided to love who he was, live without fear while living with heart disease, and take each day and make a stamp on it by doing something to make a difference.  He tried to make a difference in so many others’ lives, that sometimes I think he forgot to put himself first.  He was trying to live healthy, exercise, set goals, work hard, study hard, and be independent, but overall, he was trying to make others recognize their potential and live beyond that potential.  The stories we heard about how he made so many people laugh and how he was such a caring person….it was amazing.

Our message to others through losing Taylor is to  love everyone for whom they are.  Also love yourself. Give someone you know who is different, maybe someone who has a disease, someone who looks different, someone who has some sort of challenge in their life, give them grace, and recognition for what they deal with day to day.

We have all learned from Taylor that life is special, value it, and make a difference in others’ lives as often as you can.  We, as Taylor’s family and friends, are so proud of him. He touched so many peoples’ hearts very quickly, he was trying to touch as many as he could as quickly as he could; I don’t think he ever realized how great he truly was to others.  Here is your chance….be great.

In memory of Taylor, I encourage people to recognize heart disease and to support the American Heart Association.  I hope through everyone’s continued support, and through research, that they are able to treat and prevent heart disease so others like Taylor are able to live long and healthy lives.

Supporting the AHA and research does make a difference.  The standards for when and how to administer CPR is driven by the work of the AHA.  That night when Taylor collapsed, it all happened very fast and has caused the friend that was with Taylor to wish that he had been able to do more.  Although, with Taylor’s condition, what he really needed was a defibrillator, CPR was also an important piece to his survival.  So….as you are offered and take the class here at school, take the class very seriously, you never know when you will have the opportunity to save a life.

And the research related to Taylor and his case is also very real.  His information will be submitted to a central Hypertrophic Cardiomyopathy registry where guidelines for how to treat others with his condition are developed from. Taylor’s Cardiologist followed, monitored and treated him very closely to the guidelines, and the guidelines did not indicate for him to have an internal cardiac defibrillator put in him….but now we know- he should have had one.  It may have made a difference and prevented his death.

By sharing our story, I hope to be able to get through this and do this for Taylor, even though it is very hard. Riley and I know that he would want us to do this and even more in his memory, we know that he would be saying something like, “Come on, do more, go on tour, go talk to all High School kids, everywhere!”