“This is not supposed to happen,” uttered Michele Coleman, remembering vividly the moment that cardiologists told her that her newborn baby was being rushed into open-heart surgery at seven days old.

Little Dylan is Michele’s youngest of two sons, and quite the trooper. A resident of Washington, DC and planning to deliver Dylan there, Michele thought she had everything all mapped out. However, her OBGYN had different plans. Michele’s first son was delivered at a hospital in nearby Silver Spring, MD, and that is where her doctor wanted to deliver Dylan. So when the time came, Michele and her husband packed up their things, and off to MD they went - only a few miles away.

Delivery went smoothly, and doctors scurried off to take Dylan for his routine newborn screenings. All of the screening results came back normal, except for the pulse oximetry test. While waiting for doctors to explain what that meant, Michele had no reason to be overwhelmingly worried. Seven hours passed as they waited for a cardiologist to commute from Fairfax VA, to Silver Spring MD. Dylan was then taken for an echocardiogram, which revealed he was suffering from multiple critical congenital heart defects. Michele and her husband were dismayed to learn Dylan needed to be prepped for open-heart surgery.

“Plumbing issues, that’s how I like to describe Dylan’s heart,” simplified Michele. Dylan was born with an Interrupted Aortic Arch, Aortopulmonary Window, and a Patent Ductus Arteriosus. If not caught by the pulse ox test, Dylan would have passed away within 48 hours of discharge.

“In some ways, it's fate,” says Michele, thinking about how fortunate it was she gave birth in MD. At the time of Dylan’s birth in December of 2012, the state of MD had just passed a law requiring pulse ox testing for all newborns. Dylan was the first baby in MD since the law had passed to have had an abnormal pulse ox test reveal critical congenital heart defects requiring immediate treatment. Washington DC, where the Colemans live, had no such requirement.

After that it became Michele’s dream to not let another newborn leave the hospital without receiving this crucial lifesaving screening. She became a passionate You’re the Cure advocate with the American Heart Association, helping to gather and prepare other families to support the pulse ox issue as it came before the DC Council, and testifying before the committee hearing. She also works with the Pediatric Congenital Heart Association and leads the DC Chapter of Mended Little Hearts, a support group that provides encouragement and education to children and parents suffering from congenital heart defects.

Through the extraordinary advocacy of Michele and other parents like her, the Healthy Hearts of Babies Act was unanimously passed by the DC Council in June of 2015, and officially became an enacted law in September. As a result, every newborn in the nation’s capital will be assured to receive heart defect screening with pulse oximetry prior to leaving the hospital.

Having lived through this experience, Michele made it her life’s mission to educate parents, teach them what resources are available, and to decrease preventable deaths from critical congenital heart defects.

Michele brought Dylan with her to testify for the bill.  She says, “Having the pulse ox bill pass in DC is quite a victory. It made me proud to be able to stand up and say, this is my story.” 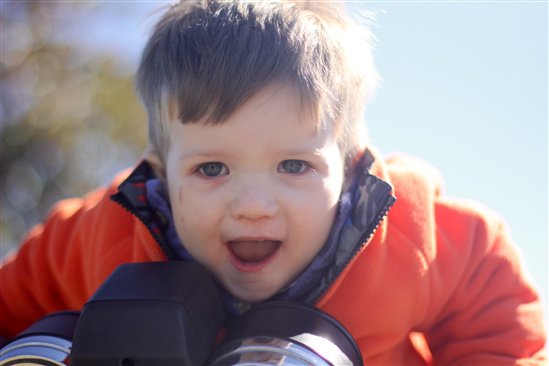 <Many thanks to AHA You're the Cure intern Lauren Spencer for her help in developing this Advocate Story.>