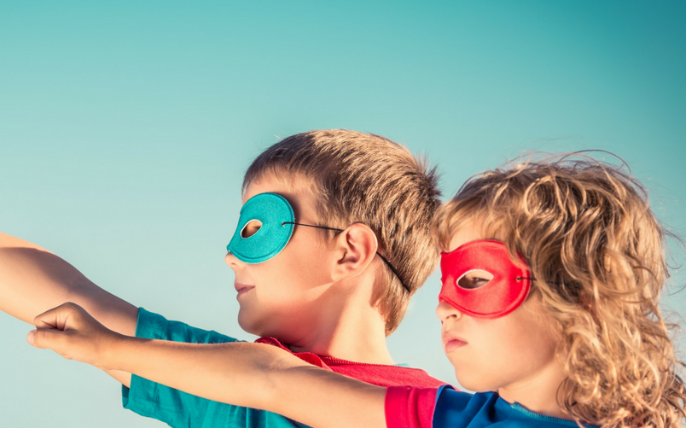 May is American Stroke Month. While stroke threatens millions of lives, it is largely preventable, treatable, and beatable. We are honored to recognize these stroke survivors who have joined us on our mission to end stroke. They are working hard across our lone star state to raise awareness of risk factors associated with stroke, and they are fiercely advocating for healthier lives.

After waking up one morning with a headache and unable to easily walk across her bedroom, Michelle knew something was horribly wrong. She had her daughter call 911, and struggled to even sit up by herself while waiting for EMS to arrive. Because Michelle knew the signs and symptoms of stroke, she insisted they take her to the hospital. Doctors were surprised to learn that she had suffered a stroke, even though she had none of the risk factors and appeared healthy. In fact, Michelle was able to recover quickly and continues to lead a full life because of her healthy lifestyle and knowledge of the signs and symptoms of stroke.

Growing up as a firefighters daughter, Kelly Fucheck thought she knew the signs and symptoms of a stroke, until the day she had one. One Sunday morning, Kelly woke up to a strange sense of vertigo. Thinking she was getting sick, Kelly decided to not go to the doctor until two days later. Once she arrived at the doctor, she was rushed to the Emergency Room where she was told she had suffered a stroke. "I remember thinking 'Oh my God, I'm 32 years old, and I had a stroke.'" Now, Kelly is a mom of two and is using her story to help others understand the importance of stroke education. "It's not always the face drooping, or the slurred speech, sometimes there's other symptoms like vertigo or dizziness."

At the age of 32, Toni Hickman, a budding musician and rapper, suffered two brain aneurysms and a stroke derailing her dreams of achieving stardom as a hip hop artist. She became paralyzed and lost her ability to speak. Her family surrounded her with support as she struggled to learn to speak, walk and regain mobility and some physical control of her body. After months in a wheelchair and rehabilitation, she walked out of the hospital on her own with a new accessory, her cane, and strong will to get her life back, and to live independently while knowing the road she would have to travel would be long and difficult. “Every time someone sees me walk with my limp and is bold enough to ask what happened, it is my gateway to share and inspire better health,” Hickman said. “No matter your age, you can be at risk for heart disease or stroke, now is the time to take action to reduce your risk.”

At age 28, Nicki Petrelli was in the best shape of her life. She lived a healthy lifestyle and didn't have any health problems. One day at church, Nicki's leg began to feel numb. As she tried to lift herself up on the pew, her entire left side went numb. Her husband called 911 and let them know that he believed his wife was having a stroke. With no history of stroke in her family, the diagnosis was unbelievable. But Nicki was having a stroke. The doctors discovered her stroke was caused by a congenital heart defect that had not been treated. Today, Nicki is a busy lawyer and active mom of two. Despite her stroke, Nicki encourages others to understand that a stroke can happen to anyone, no matter how healthy.

As a pediatrician, Dr. Charnette Taylor was well aware of the signs and symptoms of a stroke. While observing a patient, Dr. Taylor begin to feel dizzy and had to sit down. When her patient and nurses asked her if she was ok, Dr. Taylor said she found it difficult to respond with words she uses daily. "I remember being overwhelmed with the peace that - something told me that this would not kill me." Dr. Taylor received tPA, a clot-busting drug, quickly and was in an MRI an hour and a half later. Tests revealed Dr. Taylor was born with a congenital heart defect, which ultimately attributed to her stroke. Dr. Taylor now spends her time advocating for the American Heart Association and spreading awareness about congenital heart defects and stroke prevention.

At 38 years old, Shondra Rogers McGray was months away from the birth of her child. During pregnancy, she developed preeclampsia (toxemia) hypertension. A few months after the birth of her son, she suffered a hemorrhagic stroke. The stroke had a significant impact on her family. She was unable to work for 3 months and was restricted from doing a number of things, which included driving, participating in strenuous activity, or lifting heavy objects. "As a result of my stroke, my son had to be cared for by my mother and siblings, as I was unable to prepare and take him to school. It was hard. However, these restrictions allowed me ample time to regain my strength and have regular check-ups with my doctor and my neurologist." Shondra recognizes that she is fortunate to be a stroke survivor and takes every opportunity possible to share her story with others.

As a registered nurse and Director of Critical Care Services at Kingwood Medical Center, Jennifer Caribardi was highly skilled in treating stroke patients.Yet, when she herself showed clear signs of a stroke, she didn't believe it. "I am too busy for this to happen," she said. Her first symptom was blurred vision, followed by the loss of feeling on her left side. She felt her face began to droop and realized she was having difficulty with speech. But she was in the right place at the right time. Kingwood Medical Center is a designated Primary Stroke Center, meaning they have taken the necessary steps to ensure that they can provide quality care to stroke patients. Since then, Jennifer has dedicated her time to help the organization advocate on the local and national levels for Stroke education, prevention and treatment.

In 2005, John traveled to Chicago to run the Chicago Marathon for the fifth time. During the 23rd mile, he began to feel dizzy and lost part of his vision. As a seasoned runner, he passed it off as dehydration and continued to finish the race. Later that evening, while stretching, John experienced numbness in one of his arms and was unable to get up. A bystander noticed and called 911. John, at the age of 45, had suffered a stroke. After four days in the ICU, he spent another 6 weeks in intensive in-patient therapy and 18 weeks in outpatient therapy. Years later, John is living a healthy, vibrant life despite his permanent physical and cognitive disabilities.

John Murphy has lent his voice and passion to stroke awareness and prevention for over 8 years in Austin. John has increasingly become a stellar grassroots advocate lending his support to AHA’s legislative priorities including: Quality Systems of Care, smoke-free workplaces, CPR in School, and newborn heart defect screenings. By attending Advocating for Heart events at the Capitol and meeting elected officials, John is able to add a face and a personal story to many of our issues.