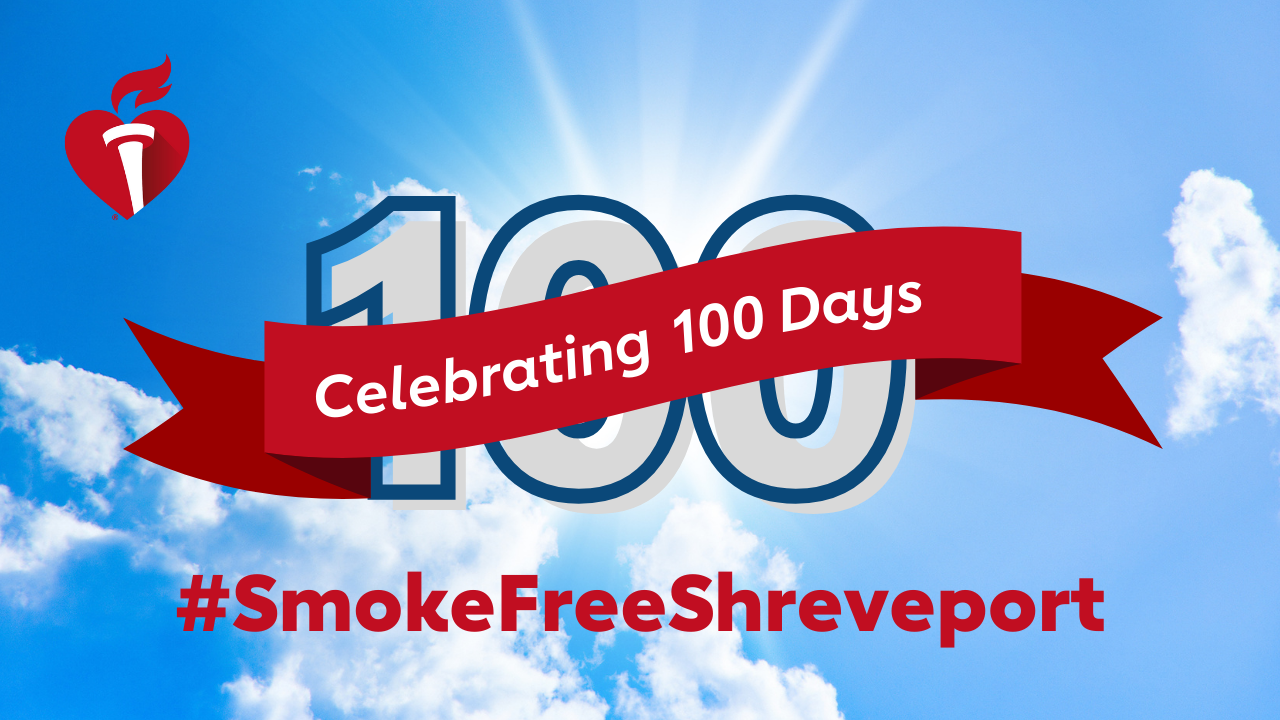 Air quality in Shreveport bars and casinos has improved since the implementation of a smoke-free indoor air ordinance in August, according to a report by the Smoke-free Louisiana Coalition. November 9th is the 100th day of the local ordinance which supporters have promoted as an initial benchmark for assessing the success of the program.

The study by Dr. Robert McMillen, a nationally-known expert on air quality, shows that prior to implementation of the ordinance, the air quality in the Shreveport casinos had exceeded the EPA’s threshold for good air.

However, after passage of the ordinance, the “study demonstrates that employees and patrons in Shreveport’s casinos are no longer exposed to harmful levels of indoor air pollution resulting from indoor smoking.”

Dr. McMillen serves as Principal Investigator for the Surveillance and Evaluation Services grant for the Mississippi State Department of Health’s Office of Tobacco Control. In his conclusion, Dr. McMillen writes, “A comprehensive smoke-free air policy that prohibits smoking in all indoor places is the only proven means to eliminate this exposure to secondhand smoke. This type of policy will result in improved quality of life and health outcomes for Shreveport workers and residents.”

“The Shreveport City Council and Mayor Adrian Perkins deserve the credit,” according to Feamula Bradley, regional manager for The Louisiana Campaign for Tobacco-Free Living (TFL). “Not only did they see the health advantages of passing such an ordinance, but they are actively promoting Shreveport as a modern, progressive, healthy and smoke-free community which raises their prospects for greater economic growth, conventions and opportunity across the state and country,” she adds.

Ashley Hebert, Advocacy Director for the American Heart Association of Louisiana, says the effort was promoted on various levels, including economic development and growth for the region as well as overall health for employees, vendors and customers. She says the big winners will be the employees.

“We continue to hear horror stories about employees who had to work entire shifts in smoke-filled rooms, then going home afterward and having to shower and wash their hair just to be able to safely play with their children. Louisiana, unfortunately, already has a reputation for poor healthcare outcomes and great inequity in those outcomes. This ordinance is making a small dent in those measurements but it’s a significant step in the right direction,” Hebert says.

She says the city should tout the measure, not only as a health and safety effort, but from the standpoint of economic development.

“We heard that all the smokers would take their money elsewhere and spend it in neighboring communities. That’s not happening. In fact, we are seeing just the opposite. People are coming to Shreveport to work and enjoy the hospitality in a clean, smoke-free environment,” Hebert says.

Carter added that the state is still struggling with COVID and Northwest Louisiana is not immune to this threat. But having smoke-free workplaces will also reduce the potential for another outbreak of this deadly pandemic.

“Bars and casinos are well-known as friendly gathering places for people wanting to have a good time. So, it is critical that all efforts be made to protect our citizens from the proven risks of secondhand smoke. Removing a threat of further exposure to the COVID-19 virus is another important plus to the smoke-free ordinance,” she adds.

Cynthia Hallett, President and CEO of the nationally recognized Americans for Nonsmokers’ Rights organization, added her congratulations saying, “The decision to go smoke-free will not only save lives, but it has solidified the city’s position as a regional economic development leader. Congratulations, Shreveport. You have rightfully joined the ranks as one of America’s greatest cities.”

The Smoke-free Louisiana Campaign Coalition is a group of organizations that supports evidence-based strategies proven to reduce tobacco use and exposure to harmful secondhand smoke, including spearheading the effort to protect all employees, musicians, and entertainers in bars and gaming facilities from secondhand smoke. It is composed of the Louisiana Campaign for Tobacco-Free Living (TFL), The American Heart Association, the American Cancer Society Cancer Action Network (ACS CAN), The American Lung Association in Louisiana, Americans for Nonsmokers’ Rights, The Campaign for Tobacco-Free Kids, and numerous other local and national organizations.