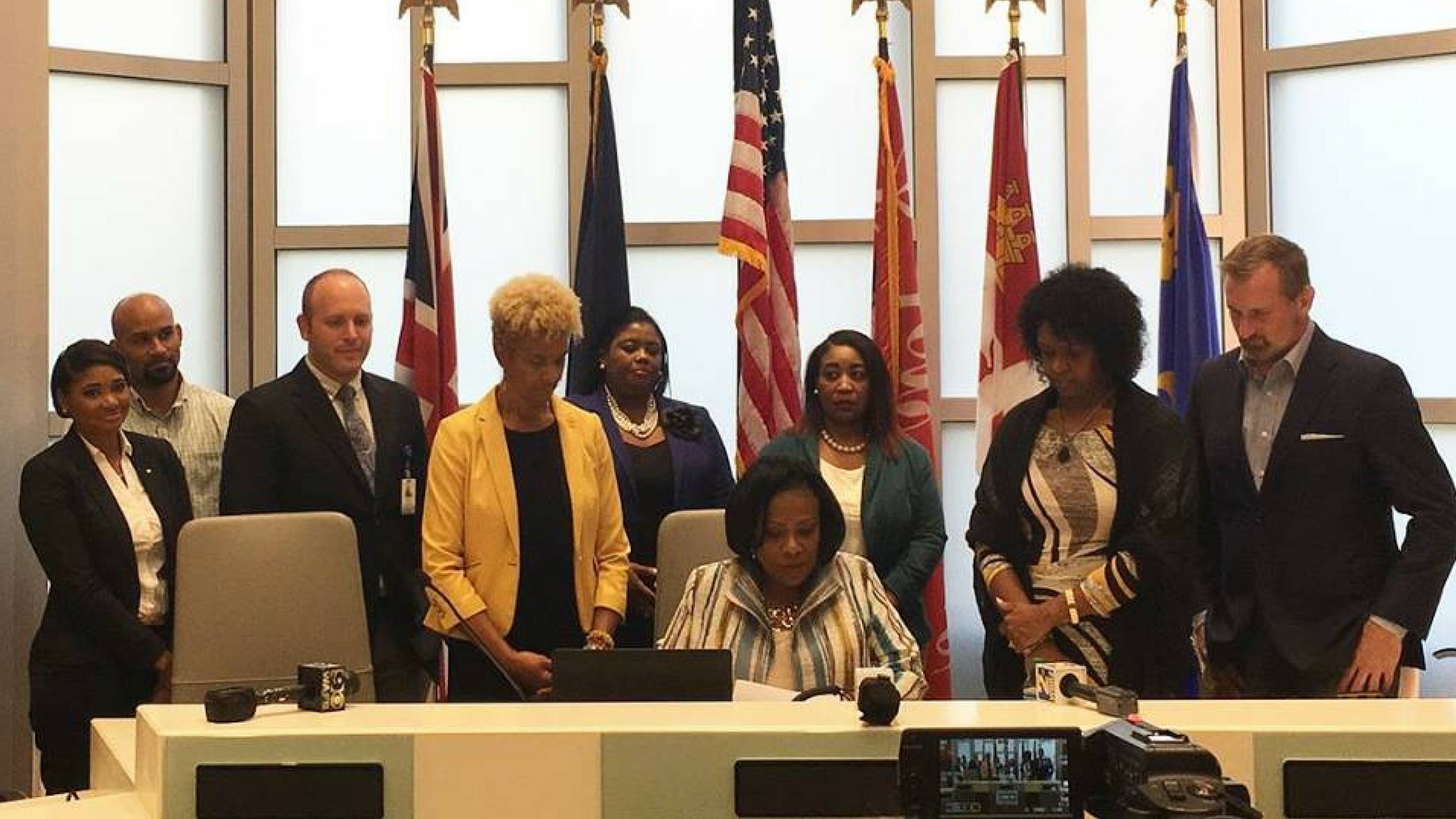 Proclaiming that East Baton Rouge Parish is joining America’s great communities, Mayor-President Sharon Weston Broome signed into the law the ordinance that will protect thousands of area workers by providing smoke-free workplaces in parish bars and casinos. Although the measure was passed by the Metropolitan Council on August 9, 2017, it will not go into effect until June 1, 2018.

“It gives me great pleasure to sign this measure into law,” Mayor-President Broome said. “No one should have to be involuntarily exposed to toxins while they work to provide for themselves and their families. Second-hand smoke continues to kill thousands of Americans each year, and I am glad that our capital city is part of the solution. I commend the Metro Council for passing this ordinance and I look forward to more ways we can ensure we all live in a vital and healthy Baton Rouge.

The Smoke-free EBR coalition applauded Mayor-President Broome and the Metro Council for their efforts in protecting the health of all employees in the parish by making all workplaces – including bars and gaming establishments – completely smoke-free. A state law enacted in 2007 demanded smoke-free protection to workers across the state, but excluded bars and casinos, leaving local governments to address those workplaces.

“The tobacco and casino lobbies are really strong in this area and it took months of hard work between city leaders and smoke-free supporters to craft an ordinance that everyone could support. We can’t thank Mayor Broome and our council members enough for their courage, their persistence and their wisdom in getting us to this point,” said Raegan Carter, Coalition spokesperson and Region 2 Manager for Tobacco Free Living.

The lengthy delay in implementation was a compromise to allow businesses and casinos time to make needed adjustments to their establishments. While many smoking facilities have already begun making the transition, Carter says she hopes most establishments will not wait to the very last minute to implement these changes.

“The 10-month delay in implementation was a good-faith effort on our part and the part of some council members to allow time for construction of outdoor patios if needed. Unfortunately, those workers and patrons are still at risk. We hope to encourage business owners to make their transitions to smoke-free workplaces as quickly as possible and not to wait until next year’s deadline,” she added.

Carter notes the ordinance signing coincides with the national intervention event the Great American Smokeout, an effort by the American Cancer Society and others to provide resources and encouragement to those wanting to quit the deadly addiction.

“Passing smoke-free workplace laws is just one of the many efforts we undertake to help protect people. The American Cancer Society’s Great American Smokeout is another tool we use to bring attention to the problem. About 40 million American’s still smoke and Louisiana, unfortunately, has one of the highest rates in the country. Smoking kills more than 7,200 Louisianans and costs Louisiana taxpayers $1.89 billion in health care expenses every year. Secondhand smoke contains more than 7,000 chemicals, hundreds of them toxic and at least 70 cancer-causing. In addition, the Surgeon General has found that secondhand smoke causes heart disease and lung cancer in nonsmoking adults and respiratory problems, sudden infant death syndrome, and low birth weight in infants and children. But numerous resources are available for anyone wanting to quit,” Carter said.

This article was written by Randy Hayden on behalf of the Smoke-free East Baton Rouge coalition and shared by the American Heart Association.