My Experience on Capitol Hill 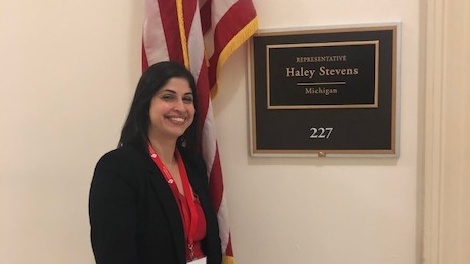 It was such a wonderful experience to attend You’re the Cure on the Hill with the American Heart Association. As a health care professional who is personally connected to this work, I had the opportunity to speak to Michigan legislators on my “why.”

My “why” is that my mother is a heart disease survivor, my brother was born with a congenital heart defect and died in 2011, and I believe in health care being a driving force in support of a patient’s quality of life. All of this inspired me to be here today for the second time on Capitol Hill. 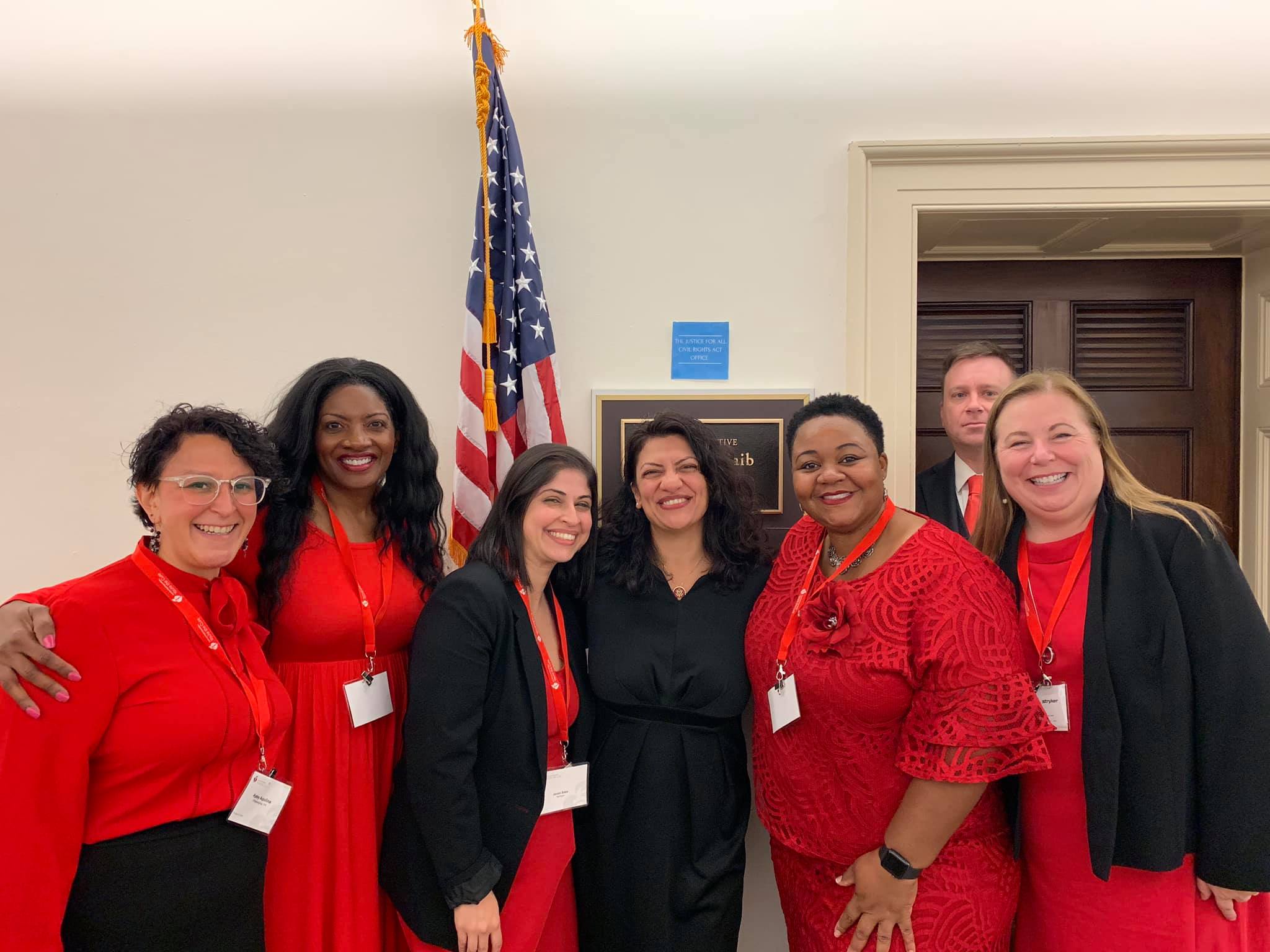 We met with both of our U.S. Senators, Gary Peters and Debbie Stabenow, and some of our U.S. Representatives, including the office of my representative, Haley Stevens, along with directly meeting Rep. Fred Upton and Rep. Rashida Tlaib. Our three asks for Lobby Day were the following:

I was inspired when meeting with Rep. Upton because he really spoke more to his passion to support this work and knew more of the policies than we had to share with him. We met in the hallway because they were in the middle of voting. What an exciting experience! We then were not sure if we would meet with Rep. Tlaib, but she joined us as she was ending her meetings for the day. I consider Rashida a dear friend and mentor to me when I worked with her in past campaigns. She is an exceptional and dedicated servant leader to the State of Michigan and to the people she serves.

Four of us from Michigan and one constituent who also is a staffer from the American Heart Association visited with our congressional leaders. When I spoke of my story, my “why,” I spoke about the unconscious bias that my brother endured on the day he was born and the unconscious bias that my mother experienced when she went to the hospital with symptoms of a heart attack.

The day my brother George was born, my mother seemed an expert at delivery with having two children already, my brother Paul and me. She was holding my brother George (we call him Amjad, his middle name), and noticed he looked a little blue. She called a nurse to the table, and she mentioned to him that he did not look well. The first nurse she spoke with said, “Your son is fine, he is just dark like your husband.” My mom was at this point unphased about her comment; maybe as an immigrant she didn’t take much to heart that extremely inappropriate and unconsciously biased comment. She then called over a second nurse, and this nurse agreed with my mom that George did not look right and took his oxygen level reading. This process, now almost standard in all baby screenings, set off an alarm to the hospital staff that he needed to be rushed into surgery. They asked my parents to kiss him one more time before going into surgery because it may be the last time they would see him. Thanks to the courage of my mother and the second nurse, George’s life was saved, and he was able to live until age 26. He died in 2011, and I continue to advocate lifesaving health research that could continue to save more babies and allow them to live into adulthood, overcoming the obstacles their congenital defect has put before them. And, I know that my brother George – an ambitious lawyer in pursuit of justice for all – would encourage continued progress in addressing unconscious bias and equity in health care.

Why else was I there? I was there to advocate on behalf of my mother Itidal, and many countless women who have been misdiagnosed for heart attacks because their signs do not reflect those of white men. Studies on heart attacks in the past taught medical providers to look for symptoms typical in men. Women’s heart attack symptoms are, however, different. After she was discharged from the hospital, having been told her symptoms were stress/anxiety related, she went home and had a heart attack. She then went back to the hospital after she had lived with the symptoms of the heart attack for a few days and was properly diagnosed. No one, especially if coming to the hospital with symptoms, should be sent home with potential symptoms of a heart attack without being properly evaluated.

In 2013, I experienced a whirlwind of emotions during my first time on Capitol Hill. Now, as a “veteran,” I am much more comfortable talking about these stories with our elected representatives and staff. I am so thankful for the opportunity to advocate for this work, and believe that in working for a health system, that we – along with the American Heart Association and our government – can be a formidable force in strengthening our health and health care work in order to better serve the patient and our fellow citizens.

I know my brother George is looking down on us and smiling at the success we had on Capitol Hill this Lobby Day. I already received a “Way to go!” from my mom😊. Thank you AHA and Henry Ford Health System for the opportunity for me to advocate on behalf of a worthy cause.