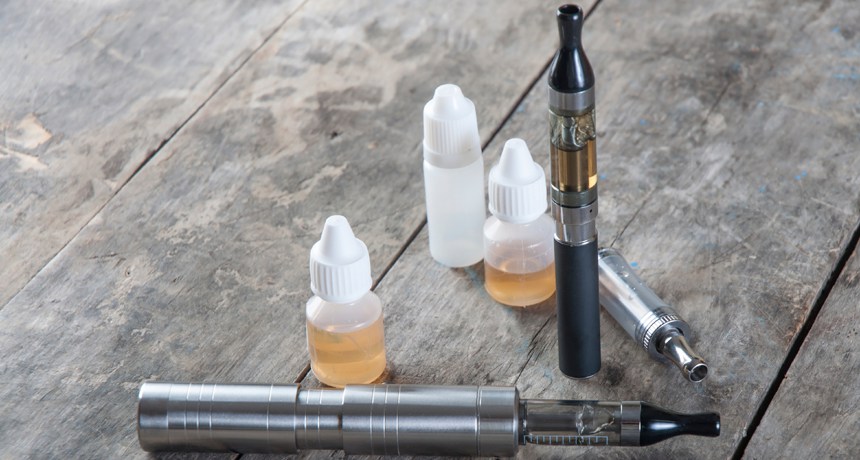 In March 2018 assistant principal, John Conway, for Jamestown High School confiscated an e-cigarette and the e-liquid, also known as e-cigs and e-juice, from a student resulting in an unknowingly dangerous situation.

After students reporting vaping going on in the restroom at the high school, custodial staff confirmed that there was a sweet odor in the bathroom. This sweet smell can often be associated with the candy or fruit flavored e-juice used in vaping systems, including e-cigarettes and Juuls.

With viewing of security videos, Conway was able to identify the students that had been using the e-cig. During the investigation of the students a vaping device was found in the shoe of the students and a bottle of liquid was given over from a students backpack.

When Conway handled the container he recognized that the outside of the bottle was oily and tightened the lid to secure it before placing it in a bag. Shortly after he began to feel nauseous and dizzy.

In an Inforum article he reported that he "got real emotional." "It was freaky," Conway said. "I had no control."

The school nurse was contacted and Conway declined offers to be taken to the emergency room.

Over some time of going through phases of emotions and sickness he went home to rest, but woke with the an intense headache. After 12 hours of contact with the e-juice he started to feel better.

The school resource officer did test the e-juice for any foreign substances, but nothing was found.

The school has has become more vigilant on educating about vaping since the incident.

Nancy Neary, director of tobacco prevention for Central Valley Health District, said the use of vaping devices is growing. The 2017 Youth Risk Behavior Study for North Dakota estimated 20.6 percent of teenagers in North Dakota had used a vaping device to consume nicotine in the past year. This compares to 12.6 percent who used cigarettes.

"E-cigarette use has become a problem," she said. "Some, like the 'Juul' (vaping device) look like a USB flash drive."

Neary said most devices being marketed now do not look like a cigarette. Instead, they are shaped to resemble small electronic devices.

The flavors of the liquids used in the vaping devices are also a problem, she said.

"The liquids often come in varieties that are very appealing to children," Neary said. "Flavors like cotton candy, gummy bear or thousands of other candy and soft drink varieties."

Conway said vaping has replaced cigarettes as a problem in schools.

The vaping systems and nicotine liquids are treated as tobacco by the school, according to Conway. Students caught with the products can be referred to juvenile authorities, suspended from school for three days or issued a summons and fined by Jamestown Municipal Court, depending on the student's age. Punishment also includes exclusion from student activities at the school for six weeks on a first offense and 18 weeks on subsequent offenses.

"Last year we started hearing about them (vaping devices) but it is rampant this year," Conway said. "I'm collecting a couple per week this year."