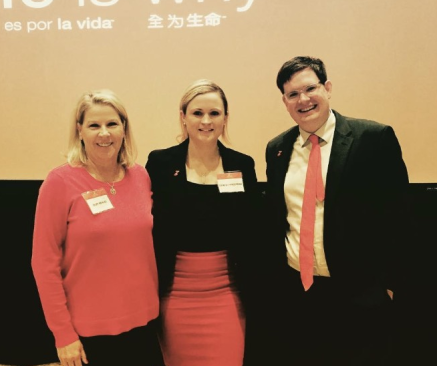 Today, I am 25 years old and have the great honor and privilege to say that I am a second year medical student at Jefferson Medical College in Philadelphia.

It has been almost seven years since I spoke at my high school graduation from Tower Hill in Delaware on June 4th, 2011. I was in good health with hopes of playing collegiate soccer in the fall. Two days later, on June 6th, 2011, I went tubing on the Brandywine River, and trained at the local YMCA in the afternoon. Around 11:30pm that night, I was on my mom's bedroom floor in Sudden Cardiac Arrest. My heart had stopped due to an electrical malfunction that caused it to go into ventricular fibrillation, a life threatening rhythm. Most of what I write below is second hand, as I do not remember the majority of what happened up to my release from the hospital over a week later.

I had barely reached my mom's bedroom to tell her "I don't feel so good," before collapsing on her bed. I started gurgling, and my mom immediately called 911. She picked me up, already dead weight, and laid me on my back as instructed. My brother then rushed downstairs and started chest compressions right away, later followed by rescue breaths. EMTs arrived in 3-5 minutes and took over Cardiopulmonary Resuscitation (CPR) without delay. The technicians administered Automated External Defibrillator (AED) shocks to my chest at least 6 times throughout the night in attempts to regain a pulse. Because my veins were collapsing, and IV (intravenous) administration was no longer an option, the paramedics also drilled into my shin bone marrow in intraosseous infusion to get crucial fluid and nutrients into my bloodstream.

In the Emergency Room at Christiana Hospital, my body was put on ice under therapeutic hypothermia to prevent vital organ damage. It was here that my mom describes my eyes as open but fixed and glazed over, my skin cold and grey. Once I stabilized and started breathing on my own, doctors moved me to the Cardiac Intensive Care Unit, where I would stay for the next 10 days. My memories include an inability to draw a 3D box and connect letters of the alphabet, and an exhausted frustration in Physical Therapy with the challenge to climb a set of 3 stairs. When I walked, however slowly, out of the hospital the following morning, I found myself fitted with an Implantable Cardioverter Defibrillator (ICD) in my left chest. The summer consisted of remedial cognitive and physical rehabilitation, such as basic arithmetic and monitored walking 25 minutes on the treadmill. For months, I struggled with short-term memory loss and complex idea retention. This was a result of the swelling in my brain and lack of oxygen supply that had occurred when my heart stopped beating. After passing a neuropsychology exam in late July, however, I decided to start college that August as a Biology major. With my doctor's "preference" (not mandate...) that I limited myself to light exercise, I also started playing for the university women’s club soccer team at center midfield. Once settled in college, I was able to continue work in the nonprofit sphere as well. Through December of 2012 and January 2013, I volunteered at a remarkable Kenyan orphanage called Flying Kites, and climbed Mt. Kilimanjaro (19,341 ft) in Tanzania with a group of volunteers to fundraise. That trip and the children I met forever changed my appreciation for the intangibles in life.

Currently, aside from studying, I have worked with classmates to found a Cardiovascular Society at Jefferson to raise awareness of the field and encourage collaboration among specialties. I also recently had the opportunity with American Heart Association staff to advocate for CPR as a Pennsylvania high school graduation requirement at the state's Capitol in Harrisburg.

Without my then 22 y.o. brother's knowledge of CPR (which was retained from his Red Cross certification in 6th grade!), and the fast-acting response of my mom, the police, and paramedics, I would not be here with only a scar to show from being minutes away from death or severe brain injury. Doctors believe a virus may have attacked my heart, but that is only a best guess. There is no evidence of congenital disease or other heart defect. I have no history of heart disease or previous complicating health problems. I am here today because of the preparedness of my responders.

Together, we are the cure, and it is our responsibility to advocate now for change that can make my rescue the standard, not the exception.