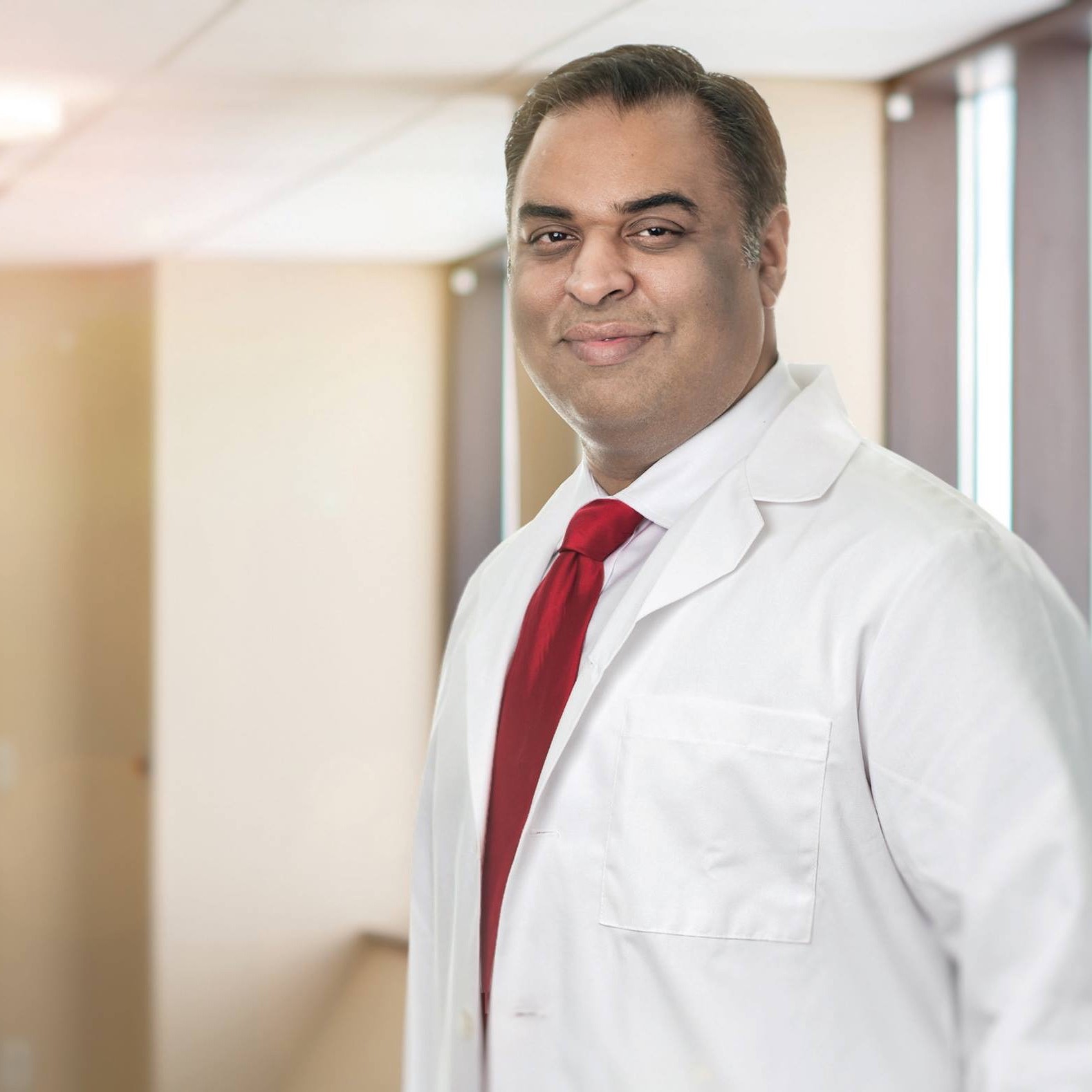 Many people try to make a difference in the world, to leave their mark in the places they have been. Dr. Anil Yallapragada is one of those rare people who makes a difference in every single place he visits.  He has definitely made his mark on the You’re the Cure network, and we are excited to feature his incredible story.

As a young boy from Summerville, South Carolina, Anil Yallapragada learned how debilitating a stroke could be at an early age.  His grandmother, while raising four young children alone after losing her husband at age 49, had a stroke in her 40s. Part of his family, still in India, assisted in her daily care – which Anil experienced when she would come to visit the United States.

Fast forward to college, Anil attended undergraduate school at Loyola University of Chicago, where he spent time volunteering at a nursing home. This additional exposure to patients suffering from stroke, heart attack, Alzheimer’s disease, multiple sclerosis, and dementia provided an opportunity to observe neurological issues within the population. Inspired by these experiences, Anil enrolled at the Medical University of South Carolina with a desire to serve his community.  As a first-year medical student, Anil conducted research investigating mechanisms of cardiac hypertrophy, earning him the American Heart Association’s Student Investigator Award. This was the beginning of his American Heart Association (AHA) career!

During this time, he met Dr. Sunil Patel, a neurosurgeon and educator, who inspired him to pursue a career in the neurosciences. Anil went on to first complete his Neurology Residency under the mentorship of Dr. Jeffrey Frank, then his Vascular Neurology-Stroke Fellowship at the UCLA Ronald Reagan Medical Center under the mentorship of Dr. Jeffrey Saver.  As one of the leading authorities in the world on Stroke, Dr. Saver emphasized the importance of teamwork in stroke research and community-based healthcare, lessons that Anil brought with him back to South Carolina, the “buckle” of the “stroke belt”. In 2015, Anil began to develop the South Carolina Stroke Institute in Myrtle Beach at the Grand Strand Regional Medical Center.

While at Grand Strand, Anil launched a stroke system of care for Horry County, reported to have some of the highest rates of Stroke in the Unites States. This resulted in a 26.5 minute average door to needle time, the fastest in North America when the national average was around 70 minutes.  He also became very interested in community work, specifically regarding heart issues including the initiation of a Smoke-Free Myrtle Beach Campaign. His successes earned him an invitation to join the AHA Mid-Atlantic Affiliate Board.  He worked closely with the local AHA office and state wide initiatives, such as the You’re the Cure network to help advocate for policy change.

An all-star advocate, not just in South Carolina but for the entire Mid-Atlantic Affiliate of the AHA, Anil would be one of the main players helping move forward the implementation of the Stroke Systems of Care Act.  After meeting with several important legislators about the law’s implementation, he helped the state of South Carolina begin to see real strides toward improving stroke outcomes.

About that time, he was contacted about – and later became – a National Finalist for the White House Fellowship, an opportunity that had previously been accepted by CNN correspondent Dr. Sanjay Gupta, General Wesley Clark, Former Secretary of State Collin Powell, and many other prestigious national leaders. After being considered as a finalist, Anil spent one year abroad.

In traveling the world, Anil underwent a massive amount of personal growth through experiencing important parts of history, such as visiting Nelson Mandela’s prison cell and path in South Africa, tracing Mahatma Gandhi’s steps from South Africa to India, backpacking through the villages of India, and learning about genocide in Rwanda.  Throughout all his travels and experiences, I asked Anil what was the key lesson he’d learned in his time away. He responded:

“I’ve realized the greatest natural resource in this country is human capital: each individual, with the right
opportunities and the right motivation, can achieve so much because there is so much opportunity here to
make a difference.  A lot of people don’t have access to those opportunities but in this country, there are so
many I encourage people to know that they are so blessed with all the opportunities they have, take
advantage – try to find a way to serve.  Learning how to maximize this is our greatest potential.”

Currently, Dr. Yallapragada is an Assistant Professor in the Department of Neurology at the University of South Carolina, and also serves as the Medical Director of the Advanced Primary Stroke Center at the Palmetto Health Richland Hospital.  Furthermore, he is the President-elect for the AHA Midlands Board, as well as serving on the World Stroke Organization/World Health Organization (WHO) Global Guidelines and Policy Board.  In keeping with his fervent belief in the importance of human capital, Anil has started the Holy Stroke initiative to inspire and uplift his community, connecting religious and health care organizations.  In doing so, Anil hopes to prevent strokes, one church at a time.  We can all make a difference like Dr. Yallapragada has – all it takes is a willingness and a desire to do so. As Mahatma Gandhi taught, “be the change that you want to see in the world.”