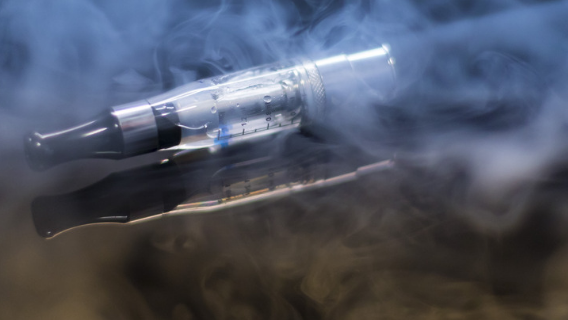 According to reports by The Washington Post and other media, the Food and Drug Administration plans to announce limitations on the sale of certain flavored electronic cigarettes in convenience stores and gas stations, restricting the sale of the affected products to tobacco and vape shops.

The Post reports that the FDA’s plan would include e-cigarettes that use prefilled flavor cartridges (sometimes called pods), such as the Juul e-cigarettes that have become wildly popular with kids. It would exempt mint and menthol-flavored e-cigarettes, and the restriction would not apply to so-called “open tank” e-cigarette systems.

In Missouri, the age of onset for youth tobacco use is currently age thirteen with some areas of state having an even lower average of eleven and twelve. Flavoring, marketing tactics geared to pre-teens and teens, along with ease of access, play a huge role in youth tobacco usage.

Though the American Heart Association is encouraged by the potential of new restrictions on flavored products, it believes the FDA needs to go further to solve the problem. The Association urges the FDA to stop the sales of all flavored e-cigarette products that have not been subject to public health review by the FDA as the law requires in order to reverse the epidemic of youth e-cigarette use.

“As an organization, we are encouraged to see the FDA recognizing the critical role flavors play in the skyrocketing youth use of e-cigarettes and is planning action to reduce the availability of flavored e-cigarettes. Specific details of the overall plan will be critical, as will be the timeline for implementation” said Karen Englert, Missouri Government Relations Director for the American Heart Association.

E-cigarette use has increased by 75% nationwide this year alone, and Missouri is seeing the impact as youth try e-cigarettes at an alarming rate. In conjunction with the pending FDA limitations, the American Heart Association continues to advocate for comprehensive policies to increase the minimum legal sale of all tobacco products, including e-cigarettes, to twenty-one. Missouri has taken strong steps in this direction with 16 municipalities already having enacted Tobacco 21 policies. The first T21 policy was enacted in Columbia, Missouri and in less than 3 and half years over 37% of Missouri’s population is protected by this prevention policy.

“This is an opportunity for us to do more across the state through policy enactment, increased funding and community education. To adequately address the youth e-cigarette epidemic we must push for higher levels of tobacco cessation and prevention funding from the state, which are currently less than .1% of the CDC’s recommended amount. We also need to continue to work with local decision makers and community coalitions who know a healthier community is a stronger and more sustainable community in terms of quality of life and overall economic impact,” continued Englert.

Even before the introduction of Juul, e-cigarettes had become the most commonly used tobacco product among kids and research found that 81 percent of youth who tried e-cigarettes started with a flavored product. The FDA has reported that youth e-cigarette use increased by more than 75 percent this year and reached “epidemic” levels (the 2018 data is expected to be released soon). The American Heart Association urges the FDA to respond with a comprehensive approach and mandatory regulations that apply to all manufacturers.

In addition to stopping the sale of all flavored e-cigarette products and menthol cigarettes, the AHA believes the FDA should 1) restrict marketing that appeals to kids; 2) prohibit online sales of e-cigarettes until stronger safeguards are in place to prevent sales to kids (The Washington Post reports that the FDA plans to impose age verification requirements for online sales); and 3) enforce current rules prohibiting the sale of new or changed products after August 8, 2016, without prior agency review and reverse its decision allowing e-cigarettes introduced by August 8, 2016, to stay on the market until 2022 without FDA review. This premarket review requirement is one of the FDA’s most important tools to stop the introduction of products that appeal to kids, rather than dealing with them after they have become popular with kids, as in the case of Juul.