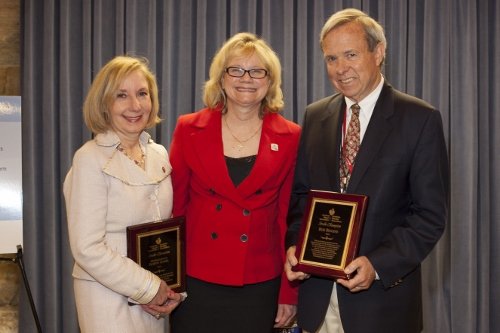 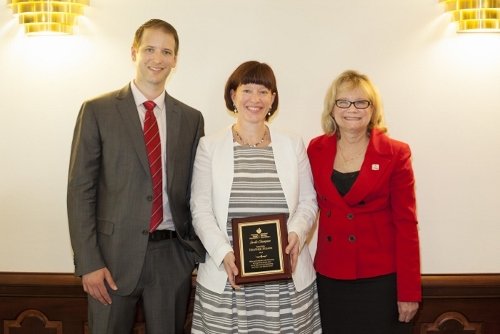 Five years ago, former Representative and stroke survivor Bob Biggins and Senator Heather Steans championed Public Act 96-0514, enacted in 2009, which has resulted in a number of victories for stroke patients in Illinois, including:

"Five years ago, then-Representative Biggins and Senator Steans led a bipartisan effort to pass landmark legislation which built the foundation for advanced stroke care in Illinois," said Lynne Braun, PhD, Chair of the American Heart Association & American Stroke Association’s Illinois Advocacy Committee.  "We’ll never know just how many lives were saved and how many stroke survivors today face a brighter future than they otherwise would have, but considering the fact that stroke is the nation’s number four killer and number one cause of severe disability, we know that the number of lives saved is just going to keep growing.

Today, Representative Robyn Gabel and Senator Heather Steans are leading an effort to take the next step in strengthening Illinois’ stroke system by introducing and sponsoring HB 5742, currently awaiting a final vote on the Senate floor. HB 5742 picks up where the 2009 stroke bill left off, and takes full advantage of new techniques, technologies, and standards of stroke care which have been developed over the last five years.  Specifically, the bill would:

These provisions are based on the recommendations of the State Stroke Advisory Committee created by the 2009 law, comprised of leading Illinois neurologists, emergency physicians, hospital stroke coordinators, nurses, EMS representatives, and stroke survivors.  Proponents of HB 5742 include the American Heart Association & American Stroke Association, the IL College of Emergency Physicians, the IL Critical Access Hospital Network (representing 52 small IL hospitals), the IL Dept. of Public Health, the IL EMS Advisory Council, the IL Fire Chiefs Association, the State Stroke Advisory Committee, and Stroke Survivors Empowering Each Other, amongst others.

"HB 5742 will ensure that the trajectory of stroke care in Illinois keeps heading up," said Dr. Shyam Prabhakaran, Director of Stroke Research at Northwestern University Medical Center and a member of the Governor-appointed Illinois State Stroke Advisory Committee.  "Illinois is at the forefront of medical research and is home to many advanced research projects studying how best to treat stroke.  It’s only right that all Illinoisans should be able to benefit from these advances, and that’s what this bill will do."

"I’m grateful for this recognition, but mostly I’m grateful for the recent advances made in stroke care," Senator Heather Steans said. "The stroke center designation program for hospitals is a way government and health care can partner to save lives, and I am committed to helping stroke victims receive the treatment they need as quickly as possible."

"As a stroke survivor and a volunteer with the American Heart Association & American Stroke Association, I want to sincerely thank Representative Gabel, Senator Steans, and former Representative Biggins for all of their hard work on this life-saving bill," said Phyllis Weiss, President of Stroke Survivors Empowering Each Other.  "I know first-hand that stroke care has improved in Illinois since the 2009 legislation passed, and I will be even more confident of receiving quality stroke care anywhere in the state once this new bill passes and goes into effect."