Young Texas Stroke Survivor on Mission to Inspire and Save Lives 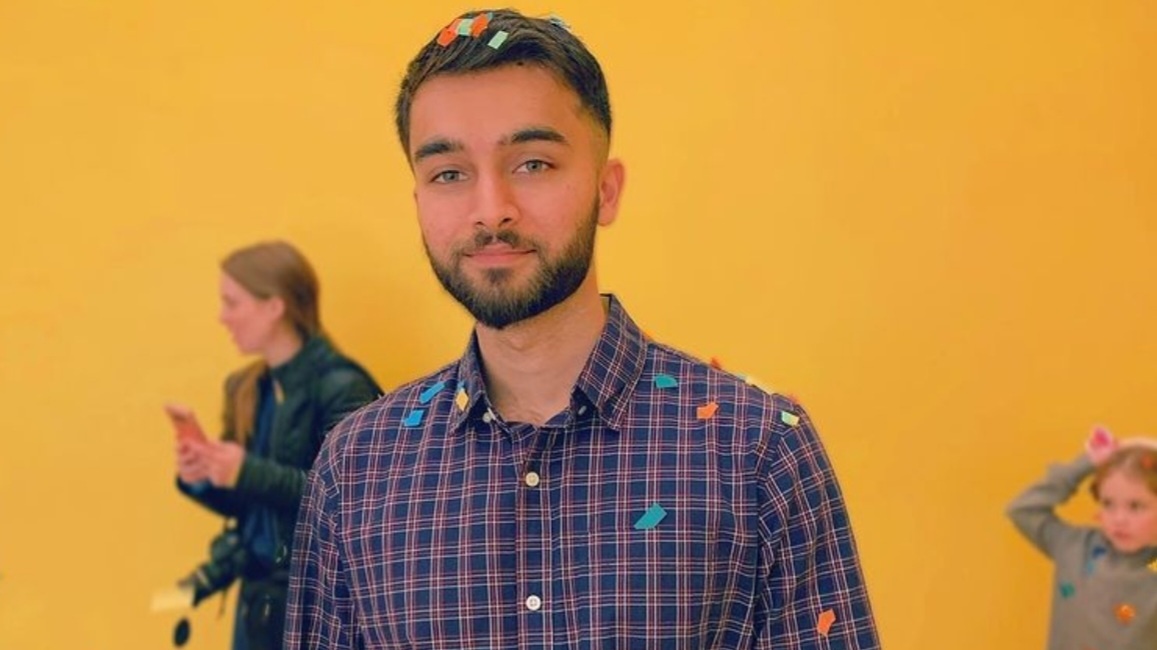 We're so thankful for advocates who are willing to share their stories to spread awareness and inspire involvement in our mission to build healthier lives, free of cardiovascular diseases and stroke. Our mission drives everything we do. We'd like to introduce you to Akash, a young Texan who experienced a stroke at the age of 23 and is passionate about sharing his story to inspire others and save lives.

My name is Akash Panchal and at the age of 23, I had a stroke. On September 7th, 2018, I was following my weekly routine. At the time, I was working at Harris County Medical Society as a Web Developer intern, taking on 5 classes at the University of Houston, and making time for the gym every week day. Overall, I felt that I was productive and healthy person. Little did I know, my life was about to change. 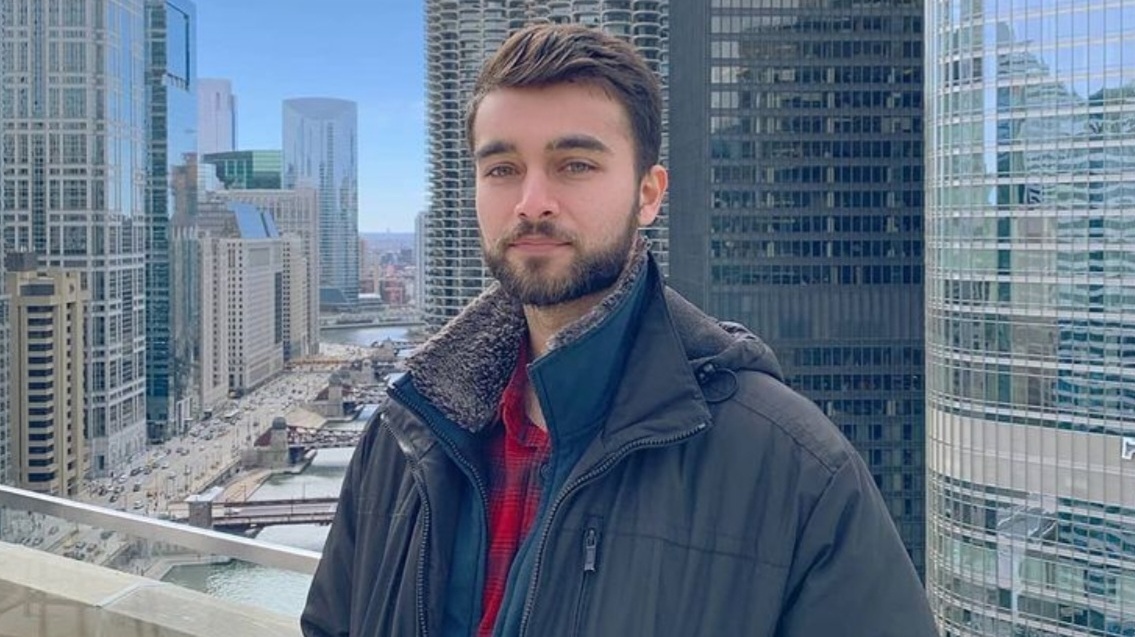 I had just gotten done with my evening workout at my local gym. When I got home, I started to unwind and relax. I took a shower and went to the dinner table to have dinner with my family. I noticed something was off. As I was eating dinner, I felt slightly “wobbly” on the left side of my body. It wasn’t
visibly noticeable, so I didn’t worry too much about it. After dinner, a couple of hours pass. I go to bed and then I finally realize that something is not right. I could not sleep. Subconsciously, I felt that something was different. I get out of bed in the middle of the night and start moving both my left and right leg, up and down. I noticed that my left leg felt less stable than my right leg. I also noticed that the left side of my face felt a bit droopy. Even though I felt these symptoms, other people could not notice it. I go downstairs and talk to my family about how I am feeling. Concerned, they immediately call the ambulance. I was so overwhelmed during this time. I felt dizzy, unstable, and weak. I thought that any second I would pass out. When the emergency team arrived at our house, they checked all my vital signs. Blood pressure, heart rate, physical inspection, all appeared completely normal to them. I told them that I felt a droopiness on the left side of my face, weakness on the entire left side of my body, and a possibility of undergoing a stroke. The emergency team did not believe me and thought I was over reacting. At the time, they convinced my entire family that I had a pinched nerve from lifting weight at the gym earlier
that day. Feeling a bit at ease, I thought I was completely okay. The emergency team left, and I went back to bed to try to get some sleep.

I stayed at home from September 8th through September 11th of 2018. Each day, I was progressively getting worse. The left side of my body was losing coordination at a rapid pace. On September 11th, when I noticed that I could barely move anything on the left side of my body, I checked in with a neurologist at Cypress Fairbanks. He noticed that something was wrong. I was unable move any part of my body on the left side. He did various tests the check whether or not I really had a stroke. He immediately ordered an MRI and MRA at the hospital. It was confirmed that I had a stroke. Specifically, I had an ischemic stroke. The medical report stated that I had a “17-mm lesion in the right basal ganglia area”. My father, who had found out the news before I did, was emotionally broken. When the procedure was complete, I was immediately rushed to a hospital room. I was confused and panicking. I had no idea what was going on.

During my time at the hospital, I required a lot of support from people. The nurses, doctors, occupational and physical therapists, my family and friends, everyone. I was unable to perform basic things, such as brush my teeth, shower, use the restroom, walk, etc. Several tests were performed on me, one of which included the TEE. This showed no holes in my heart or any imperfections that would put me at risk for a stroke. I was defined as a healthy, young individual with an unknown cause for stroke. On September 18th, I was discharged from the hospital and admitted at Encompass inpatient rehab. I participated in physical, occupational, and speech rehab exercises. If I’m being completely honest, I was emotionally shattered the first few days. I was the youngest person in the rehab facility when performing my exercises, and I could not perform actions which I performed before my stroke. An example would include not being able to lift a one-pound dumbbell. Though I was discouraged, I was determined to get back to my normal self. The therapists, doctors, and my family motivated me each and every day to perform the rehab exercises and activities to the fullest. I never gave up and I noticed slow, but steady progress. I would perform exercises throughout the entire day, go to sleep, and wake up to notice that I have gained some new ability. It was amazing, seeing how your brain and body is almost always in your favor, not against you. I was discharged from inpatient rehab on September 27th, and I continued one month of outpatient therapy at Encompass. I also continued at-home rehab exercises since I was still not close to “full” recovery. 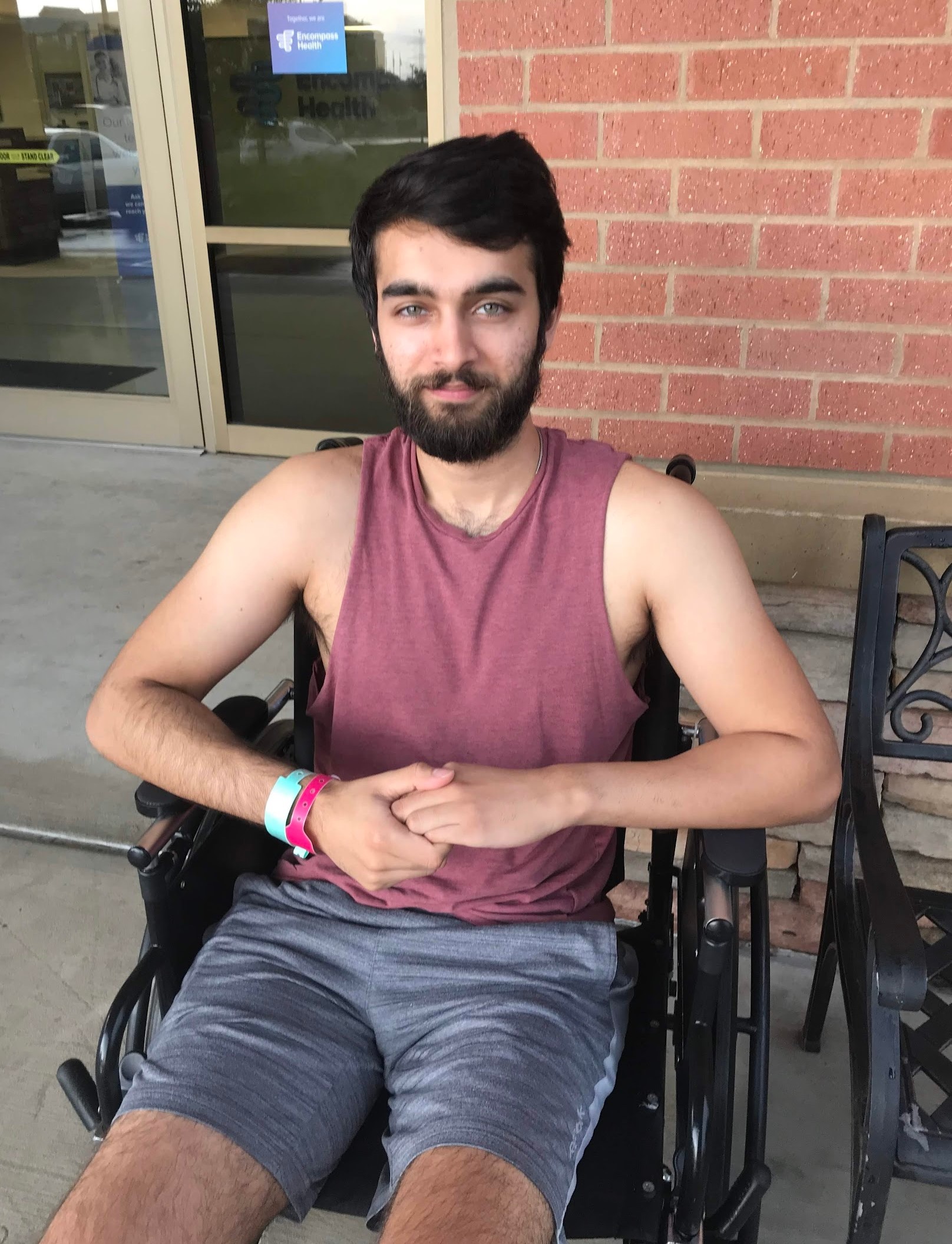 My journey to recovery is outlined above, but I feel the key to making it this far was my mindset. I felt that since I was given a second chance at life, why put it to waste. Additionally, my recovery would not have been possible without the support I received from both people I knew, and people I did not. Support was very important for me, as this was one of the most emotionally shattering moments of my life. My recovery is a direct reflection of the caring and supportive nature of the doctors, nurses, therapists, family members, friends, and everyone who motivated me to grow into a better version of myself. I noticed quickly that I should not take this support for granted. During my journey at the hospital and at the rehabilitation facility, I noticed several elderly individuals with little to no support. I was always told that I have the upper hand when compared to elderly stroke survivors in that I have the power of youth. This was truly a blessing. Finally, I stayed consistent with my rehabilitation exercises while also implementing new forms of exercise. I started practicing yoga and meditation on a daily basis. These two practices helped exercise both my brain, and my body. In short, consistency, support, a strong mindset, and practicing gratitude have brought me this far. Thank you to everyone.

Something I’d like to add as well, during my journey I met people who wanted to help me, even though they did not know me. This inspired me and I would like to return the favor in any way. The American Heart Association is something I found interest in. I hope that this story is a start for helping others, but I will continue to participate and help within the organization.

I want to invite you to join me as an advocate with the American Heart Association. We all have the power to make a difference by speaking out for policies that help build healthier communities and healthier lives. For more than 30 years, You’re the Cure – the American Heart Association/American Stroke Association's grassroots network – has been doing just that. We’re a community of fathers and mothers, neighbors and friends, researchers and caregivers, committed to being a relentless force for a world of longer, healthier lives with improved brain health, fewer strokes and reduced disability. Learn more, join us HERE.