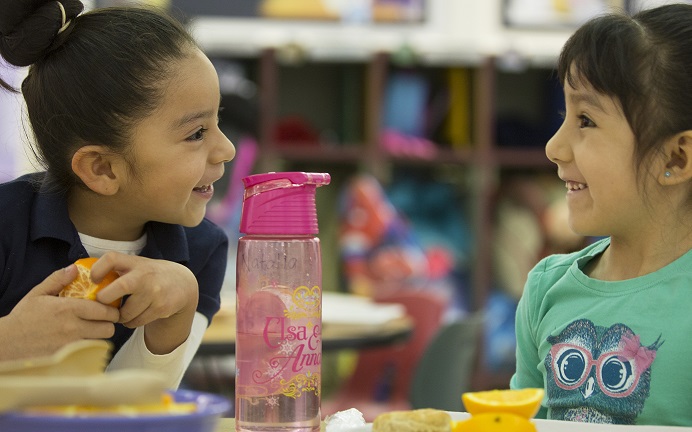 The American Heart Association (AHA) and the Santa Fe Hispanic Chamber of Commerce (SFHCC) support the 2 cents per ounce tax on sugary drinks that will fund early childhood education programs in Santa Fe.

The AHA and the SFHCC support policies that can help curb the consumption of sugary drinks, improve the health of residents in vulnerable communities and reduce the burden on all Santa Fe taxpayers who ultimately pay for costs associated with chronic disease. The AHA and SFHCC also believe that investments in early childhood education are critical to addressing health and socioeconomic disparities.

“By directly investing the new revenue into Pre-K, we will create important jobs and make Santa Fe more attractive to employers and those who work for them,” said Raymond G. Sandoval, Esq. President of the SFHCC.

Residents in Santa Fe’s lower income and minority communities are experiencing catastrophic rates of chronic illnesses such as heart disease, strokes, diabetes and cancer—diseases often linked to the consumption of too much sugar. Nearly half (49%) of Hispanics who have diabetes remain undiagnosed and heart disease is the leading cause of death among the Hispanic population.

“One out of every two Hispanic children will develop type 2 diabetes if we don’t take action. This is a disease that can be avoided through better nutrition, parent education and access to healthier foods and beverages,” said Raymond G. Sandoval, Esq. President of the SFHCC, “As a community we need to have a conversation about why we are disproportionately affected by chronic disease.”

In 2014, Mexico implemented a tax on sugary drinks as a step toward reversing the twin epidemics of diabetes and obesity.  A 2017 study examining the changes in purchase of taxed and untaxed beverages over the first two years of the tax, found a 5.5% decline in sugary drink purchases in 2014 and a 9.7% decline in 2015, yielding an average reduction of 7.6% over the two-year period. The study also found that households at the lowest income level had the largest decreases in purchases of taxed beverages in both years. Purchases of untaxed drinks such as bottled water increased 2.1% during the study period. This makes a strong business case for implementing these taxes elsewhere.

“Sugary drinks are the primary source of added sugar in the American diet, which in turn contributes to a host of health and socioeconomic problems,” said Dr. Abinash Achrekar, UNM Cardiologist and Board President of AHA. “The American Heart Association is confident that a tax on these products will reduce consumption and provide significant health benefits, especially for people in Santa Fe who need it most.”

For more information on how taxes on sugary drinks can help improve the health and well-being of our communities or to find a voting location near you, visit www.prekforsantafe.org.

To pledge your support to VOTE YES on #PreKforSantaFe funded by a sugary drink tax, CLICK HERE. Early voting continues until April 28th and Election Day is May 2nd. 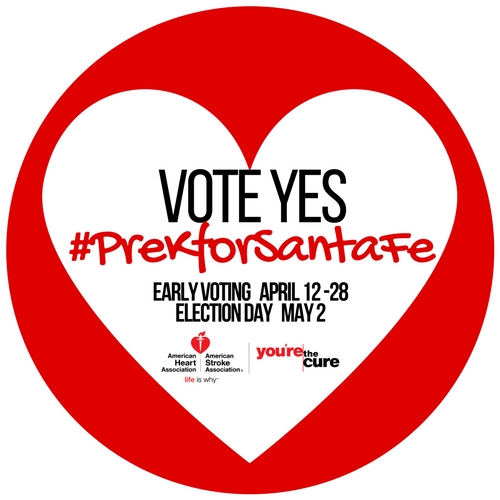