You’re the Cure stroke survivors and caregivers took their message that stroke is preventable, beatable and treatable from the White House to the halls of Congress during American Stroke Month in May! After touring the East Wing of the White House, advocates attended a Congressional briefing and visited legislative offices in Washington, D.C.. Their mission was to explain the financial costs that can accompany the long road to recovery after a stroke and also urge Congress to support for a tax credit that would help families offset the burden.

Studies have shown that family caregivers provide approximately $6.1 billion annually in care to stroke survivors, which can exact physical, emotional and financial tolls. Meanwhile, the annual costs associated with stroke are $36.5 billion, according to information provided to elected officials and their staff by Brendan Conroy, M.D., medical director of the Stroke Recovery Program and chief medical information officer at Medstar National Rehabilitation Hospital.

Seventy percent of people return home after a stroke and often need a family member of friend to care for them with a third of the caregivers spending more than 21 hours a week providing care. Yet, family members often can’t afford not to work.

“Caregivers must think carefully about quitting their jobs – the effects could be devastating financially,” said Gail Gibson Hunt, president and chief executive of the National Alliance of Caregiving.

You’re the Cure advocate Robin Williams, whose husband Van Williams had a stroke in January 2012, said home-based care costs much less than a nursing home. Even so, her family has paid a heavy toll.

“Without the love, care, and support of their family caregivers, many stroke survivors would not be able to live at home and would instead be forced to go to a nursing home for their recovery at a much higher cost to insurers and government programs like Medicare and Medicaid. A tax credit that would help to offset some of the financial costs of caregiving that family’s experience would be a very helpful step in the right direction.”

The Williams cashed out savings and retirement plans, received loans from relatives and maxed out credit cards to get needed care. At one point, their monthly health insurance through COBRA cost $1,700. In the process, they also lost their home.

“It is safe to say that it is going to take a long time for our credit scores to recover,” Mrs. Williams said. She added that legislation “like the Return to Work Act that helps educate and encourage employers to make accommodations so that stroke survivors can go back to work also makes a great deal of sense.”

The Return to Work Act would assist survivors of stroke and other debilitating health occurrences in returning to work. The bill was assigned to a congressional committee in October, where it must be considered before possibly sending it on to the House or Senate as a whole.

“Van has made great achievements that I don’t even think he realizes, and he still has a lot to offer an employer.  He does everything asked of him to make his recovery a success, and I could not be prouder of him,” Mrs. Williams said.

The American Heart Association and American Stroke Association support the Return to Work Act. Other legislation the organization supports on behalf of stroke survivors and caregivers includes: the Americans Giving Care to Elders Act of 2013, which would create a 1,200 tax credit for caregiving expenses on behalf of elderly relatives; and the Medicare Access to Rehabilitation Services Act, which would permanently repeal Medicare caps on outpatient therapy. 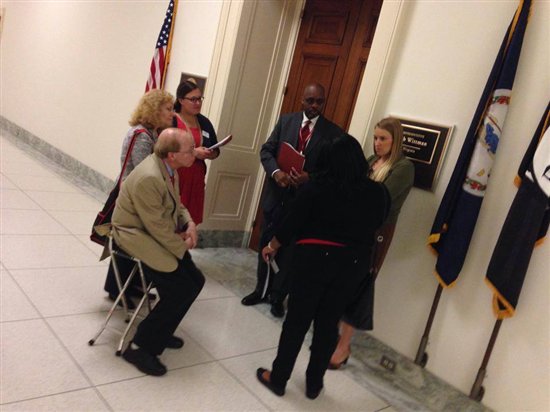 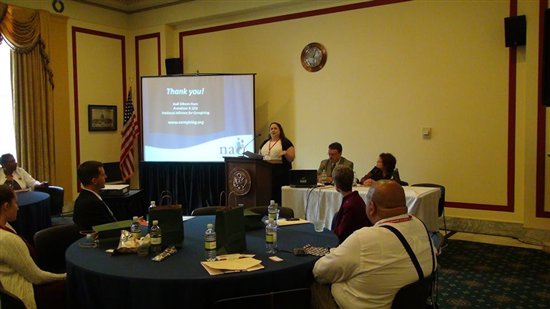 Check out the You're the Cure Facebook page to see photos of the event!