Every month, we feature the story of an advocate in the You’re the Cure network. This month we’re featuring Tara MacInnes – a stroke survivor from Texas. Here’s Tara’s story in her own words. I'm 31 and had bilateral strokes before age three (yep, three), but the cause of my strokes, Moyamoya, wasn't determined or properly diagnosed until I was 17. Moyamoya is rare disease of the carotid arteries in which they progressively narrow and potentially close, resulting in either ischemic or hemorrhagic stroke.

Between the time I began to have strokes in 1980 and my Moyamoya diagnosis in 2004, I continued experiencing migraines, TIAs, aphasia, auras, blackouts, and academic struggles with severe reading comprehension issues. Almost immediately following my Moyamoya diagnosis, I underwent bilateral brain surgeries at Stanford to prevent me from experiencing future strokes and, fortunately, I have remained stroke-free since then. 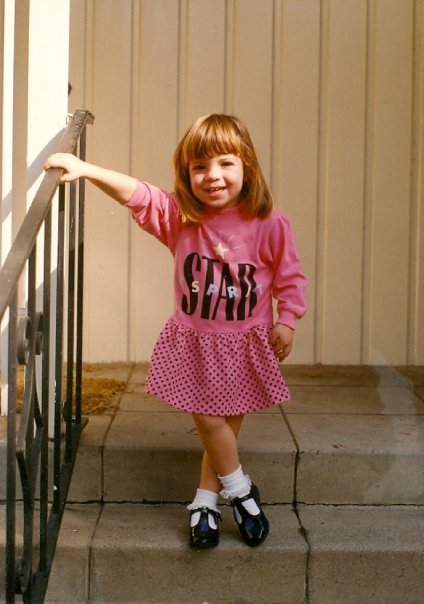 Tara as a young child, after her first strokes.

In the scheme of things, very few medical professionals (neurologists and neurosurgeons included) in the U.S. are familiar with Moyamoya, so Moyamoya patients often go months-to-years while experiencing symptoms and strokes before being properly diagnosed with and treated for Moyamoya. For anyone who has experienced cryptogenic strokes, I'd highly encourage looking into Moyamoya and consider asking your PCP and/or neurologist about it, then inquire about being tested for it.

Fast forward 9 years after my Moyamoya diagnosis and brain surgeries, the SPCA in my area at the time, which was in Baton Rouge, had a 4-month-old puppy who had a stroke that had paralyzed her front right leg (which was, ultimately, amputated) and they were looking for a special needs foster. Fortunately, I was able to foster and adopt her. I give God ALL thanks and praise for those pieces coming together as they did. She's now five and is as spunky, personable, outgoing, hysterical, lovable, hope-instilling, and inspiring as they come, keeping up w/ my other fur baby, one year her senior, 90% of the time (she just tires more easily, being "down" a leg than my other fur baby). She helps fuel my mornings for the day ahead and is SUCH a symbolic reminder that there is MUCH I can overcome in the face of my challenges. Her name is Tiana-Bethany -- the "T-I-A" in "Tiana" for transient ischemic attack/"mini stroke", and "Bethany" is after Bethany Hamilton, the Christian surfer who had her arm bit off in a 2003 shark attack, who then fought her way back to return to professional surf competition.

Fast forward another 3 years later, I met my, now boyfriend, Sean, who is also a fellow stroke survivor. He had a hemorrhagic stroke in 2011 at the age of 23 that was caused by an undetected grade-5 aneurysm that ruptured. After becoming unresponsive, he endured a number of brain surgeries and other surgeries to keep his brain and body as healthy and stroke-free as possible. He was kept in a medically-induced coma for shy of two months before first waking from the stroke. Thereafter, he had a number more necessary surgeries and endured more than a year of all kinds of therapy to regain use of his arms, sight (he was blind in both eyes waking from the coma), the ability to swallow/eat, sit/stand/walk, talk, etc. Although I didn't know him at the time of his stroke, I've been told his smile and laughter were the first things he regained. Knowing the man he is now, I'm not in the least bit surprised those were the first things he regained following his stroke. Thank God (...and his neurosurgeon), Sean has remained stroke-free following that stroke and, prayerfully, will remain stroke-free forevermore. Sean was active duty military at the time of his stroke and is now a veteran (medical retiree). He's since gone back to school, graduated, and is a physical therapy assistant with a passion and desire to pay-it-forward by working with fellow stroke survivors in their physical recoveries. Additionally, he works as a personal trainer for individuals with special needs. I couldn't be more proud, inspired, and in love with this man than I am! 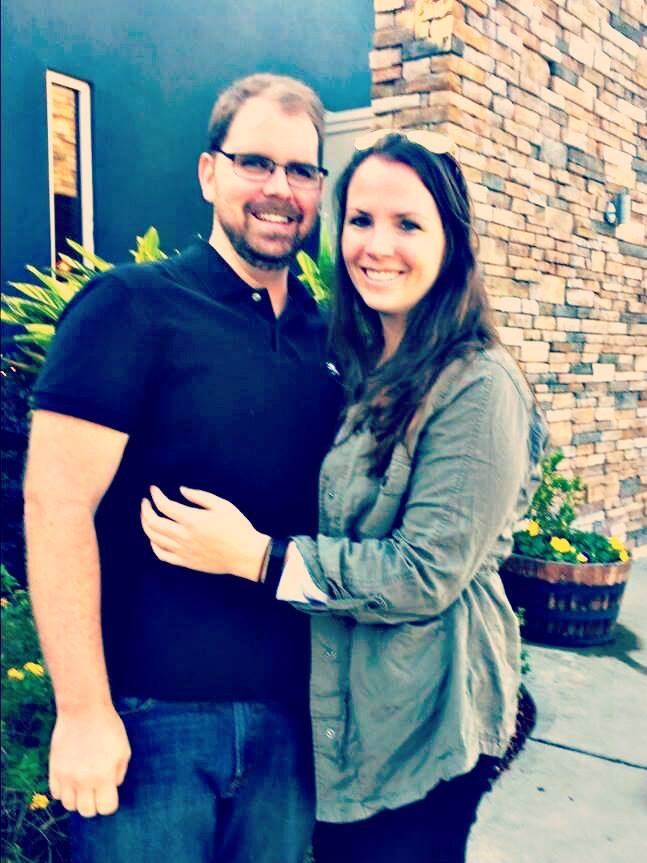 Tara and her boyfriend (and fellow stroke survivor), Sean

I now work for a counseling organization that addresses the wellness and mental health issues of clients and patients who have been affected by chronic illness. Counseling and mental wellness was a HUGE piece lacking for my family and I throughout my years of medical challenges and unknowns. It was something I wanted to implement change in as a way to pay-it-forward for others going through similar medical fears, frustrations, obstacles, traumas, and unknowns that I, as well as my family, did.

Both Sean and I are incredibly passionate about stroke advocacy and awareness and paying-it-forward to others effected by stroke(s) -- whether they be survivors, family members, or friends. Faith, family, and friends have played a MAJOR part in our ongoing recoveries (which, we mutually believe is a life-long reality) and our abilities of seeing the good in life, in spite of circumstances we've been through. There are many unknowns in our future ahead, but I couldn't imagine anyone other than him who I'd rather go through and experience those unknowns with.

KEEP ON KEEPING ON, and as Christopher Robin said to Winnie the Pooh, "Promise me you'll always remember: You're braver than you believe, stronger than you seem, and smarter than you think!"