Mary Kay Ballasiotes has been advocating for children for over 15 years.  Her daughter, Michelle had a stroke before she was born and that moment changed both of their lives forever.
hero_image===
hero_image_alt_text===
thumbnail===
thumbnail_alt_text===
advocate_thumbnail===https://d3n8a8pro7vhmx.cloudfront.net/yourethecure/pages/8961/attachments/original/1474998025/Mary%20Kay%20Ballasiotes.jpg?1474998025
bottom_action===
Mary Kay’s advocacy days started in 2002 in Chicago where she founded the Childhood Stroke & Hemiplegia Connections of Illinois, simply because there was a need for it.  Before long, Mary Kay and her daughter were fixtures at Lobby Day.  At National Lobby Day, May 2006, Mary Kay spoke with the Vice President of the American Stroke Association (ASA) and told him about her daughter having a stroke before birth.  She learned that the VP had never heard of pediatric stroke. From that day on Mary Kay made it her mission to collaborate with the American Heart Association (AHA) and the ASA about pediatric stroke, and to raise awareness about it.

Over the years, Mary Kay and Michelle attended heart walks, lobby days, and were very vocal about pediatric stroke in each state they have lived in: Illinois, Georgia, and now North Carolina. Mary Kay has also co-produced a pediatric stroke awareness video with the American Heart Association/American Stroke Association (AHA/ASA), which was created to raise awareness that strokes can happen in babies, children and even before birth. In 2013, she founded the International Alliance for Pediatric Stroke, where together with the ASA, has raised awareness by producing many videos and an infographic.

In November of 2015, she and Michelle and traveled to the Non-communicable Diseases (NCD) Alliance Global Forum in Sharjah, UAE. Michelle represented the AHA/ASA, and Mary Kay was able to experience this opportunity of a lifetime. And just this year, Mary Kay traveled back to Washington D.C. and represented pediatric stroke by attending a White House briefing about cardiovascular disease.

Making a difference in people’s lives is the most rewarding element of being part of advocacy.  Mary Kay and Michelle have attended many lobby days over the years, both national and state.  The experience never gets old to Mary Kay.  She loves seeing how her passion and effort can make a difference, and strongly feels that one person can make a difference!  In August 2010, Mary Kay and her family moved to North Carolina where she soon started working with Betsy Vetter, the AHA Director of Government Relations in the Mid-Atlantic Affiliate.  Mary Kay readily admits her love of working with Betsy.  She is one of the reasons Mary Kay is still volunteering and advocating with AHA.  Mary Kay feeds off Betsy’s passion and enthusiasm and feels that Betsy has a gift for working with volunteers and government officials.

Mary Kay is very proud of her daughter Michelle and the hard work that she has been doing right alongside her mother. While back in Chicago in 2007, Michelle was chosen to be one of the 12 “Faces of Cardiovascular Disease.”  Her image was captured on one of many large posters that were circulated around the United States for Heart Walks.  These posters are still being used today.  Because of Mary Kay and Michelle’s hard work, they were both featured in an ABC news article once again shedding light on pediatric stroke. In 2009, Michelle was honored with the Stroke Hero of the Year and received the National Youth Advocate of the Year award.

Mary Kay’s calling is to advocate for children. She feels that things happen for a reason. The stroke that Michelle suffered enabled both Michelle and Mary Kay to reach other families and make a difference in their lives and in the area of pediatric stroke.  Mary Kay does not have much free time, but when she does, she enjoys going out to lunch with friends and reading.

One great memory Mary Kay has included that of her son, Alex.  While driving back from picking Alex up at college, he remarked how much he admires the work that she has done over the years.  The example that Mary Kay has provided has empowered him to pay it forward by getting involved in politics and leadership roles.   May Kay continues to advocate for children and wants everyone to know that one person can make a difference. 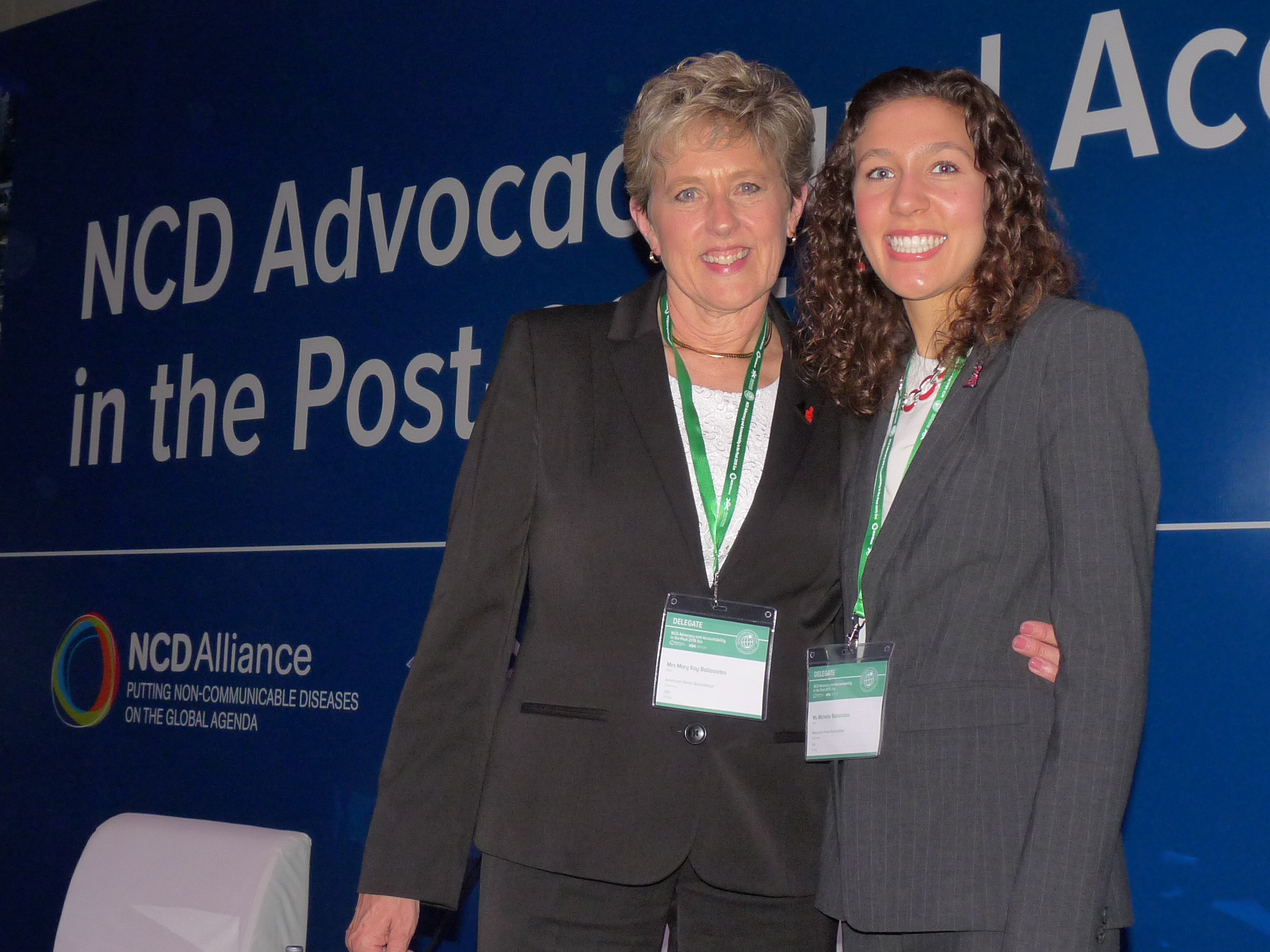