Advocacy in Action across the Country 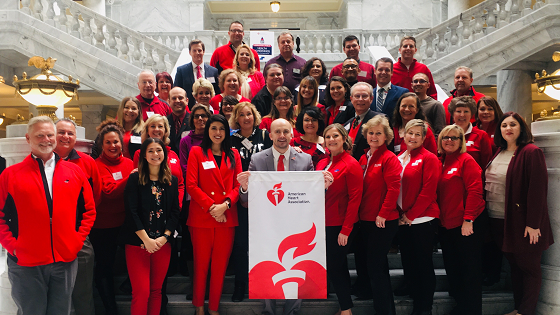 It's been a whirlwind start to 2019 at American Heart Association events across America!  Check out these great highlights featuring your fellow advocates and check to see if we're holding an event in your state in the weeks ahead!

More than 50 volunteers met with members of the Arizona legislature to advocate for increasing the minimum legal sale age of tobacco from 18 to 21 across the state. 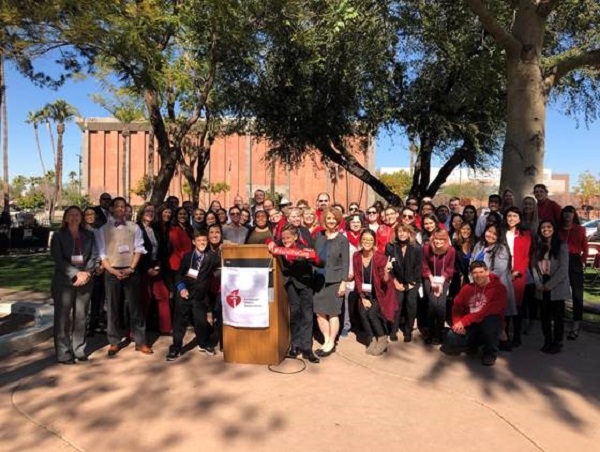 On January 31st advocates from across the state were at the Capitol to talk legislators about American Heart Association policy priorities such as Tobacco 21, Physical Education Assessments, and Stroke Designations. 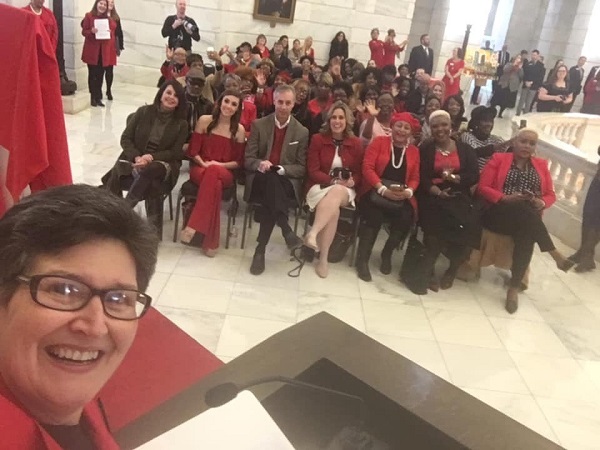 American Heart Association advocates gathered at the Capitol on January 31st for their annual Go Red Day and talked with legislators about our goals for a healthier Colorado! 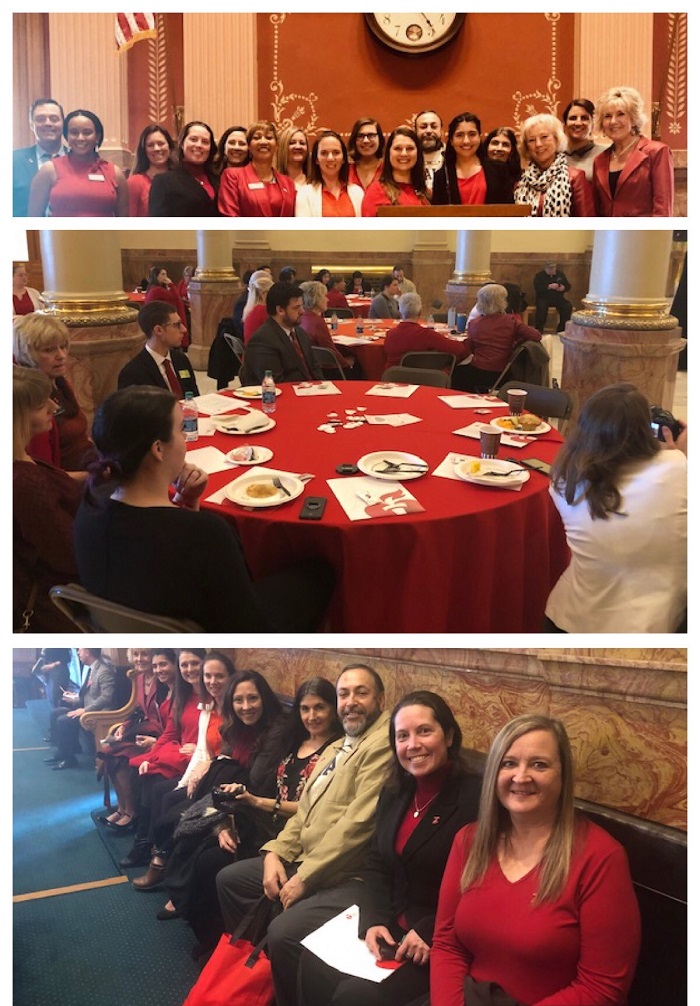 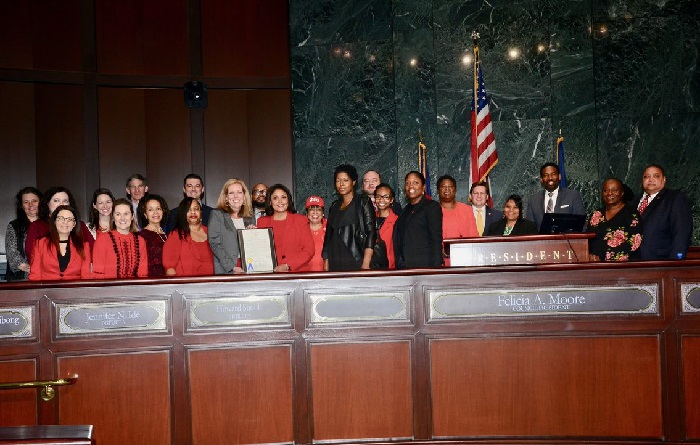 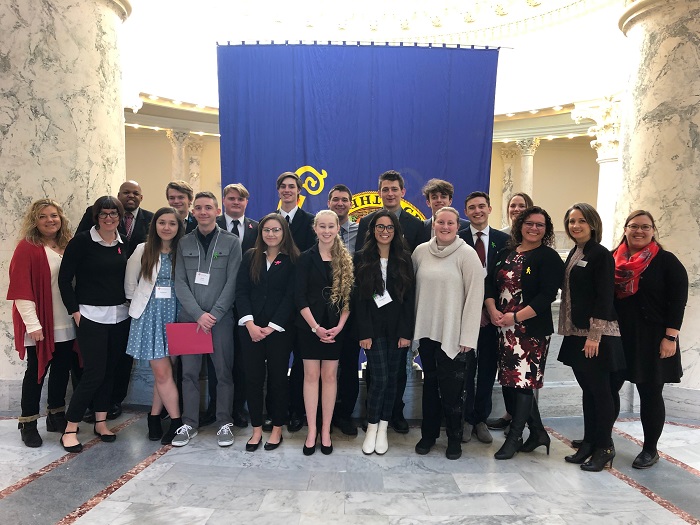 Advocates from the American Heart Association gathered with business and coalition partners at the Statehouse to call for an increase in the state cigarette tax. 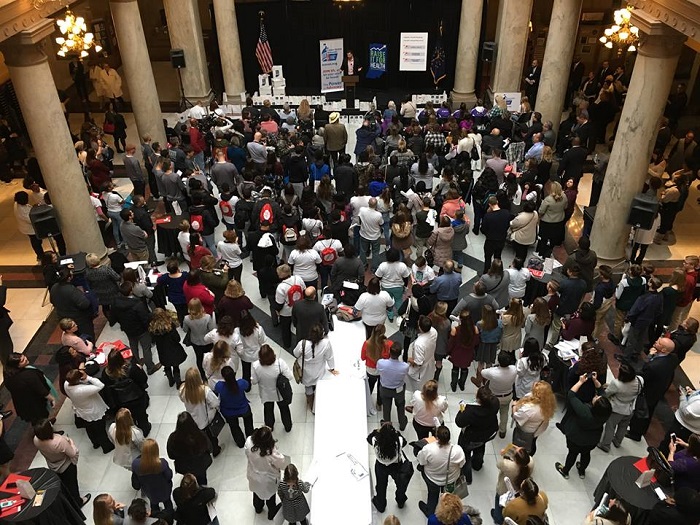 On February 14th, health advocates from across the state gathered at the Capitol to talk with lawmakers about policies to improve the health of Kentucky! 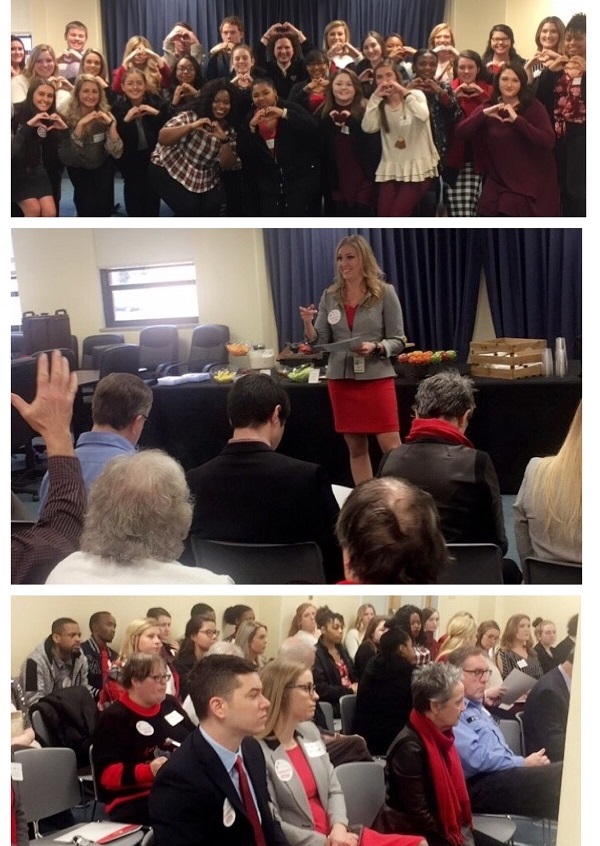 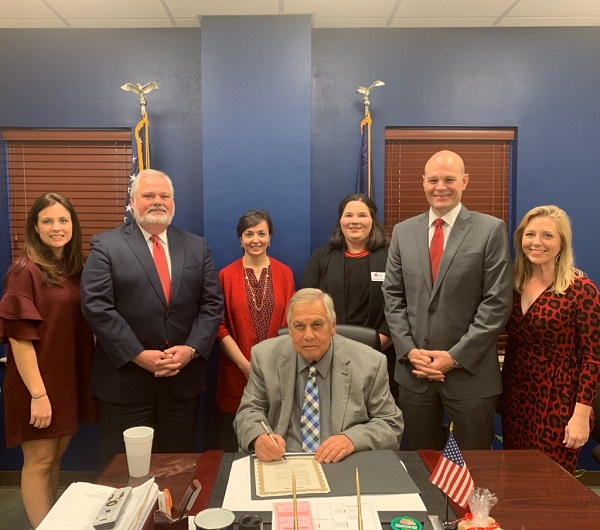 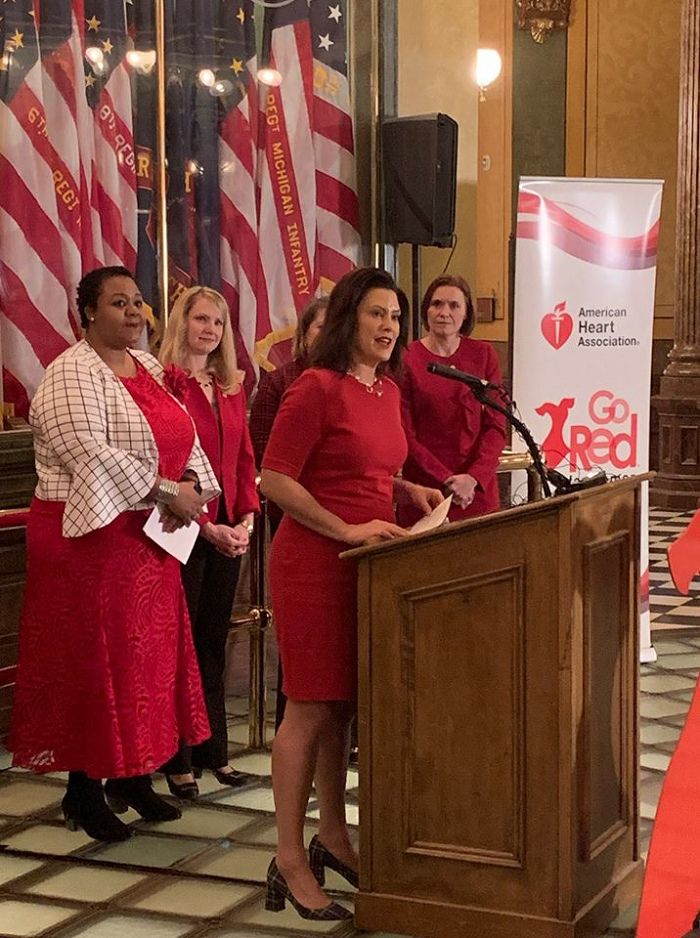 You're the Cure advocates volunteering at the Mall of America Go Red for Women event, asking visitors to sign a petition in support of TCPR. 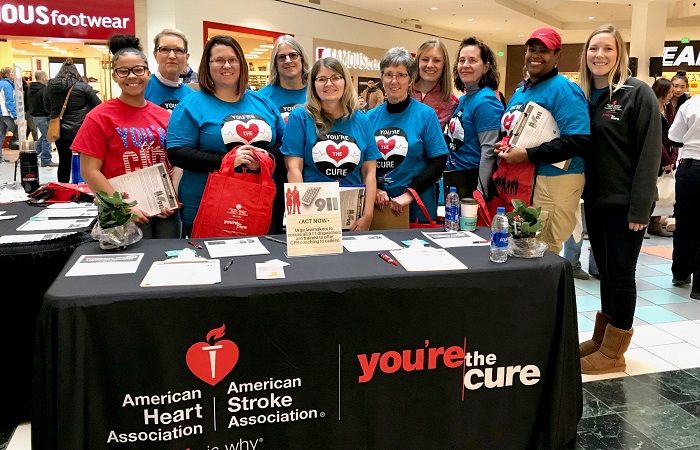 A great time was had recognizing National Wear Red Day at the Mississippi State Capitol. 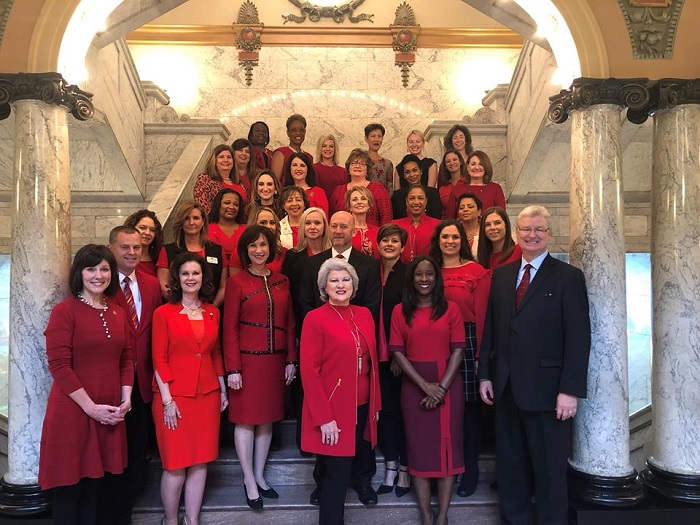 American Heart Association advocates along with volunteers from the American Lung Association and the American Cancer Society Cancer Action Network hit the State Capitol on February 21st to advocate for legislation that would reduce tobacco use in Nebraska. 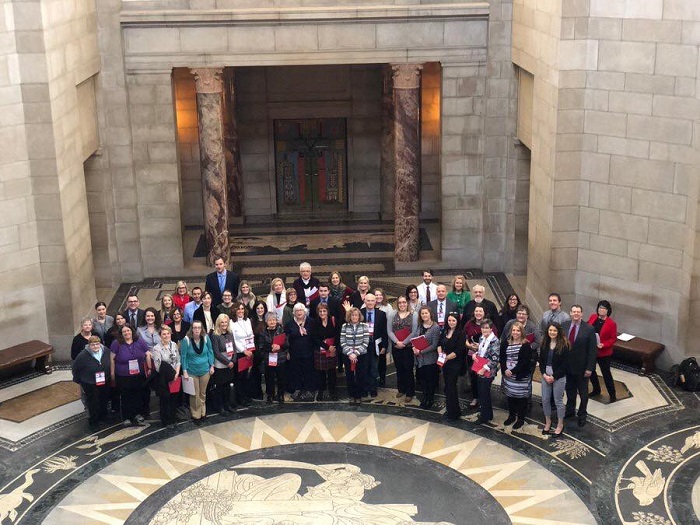 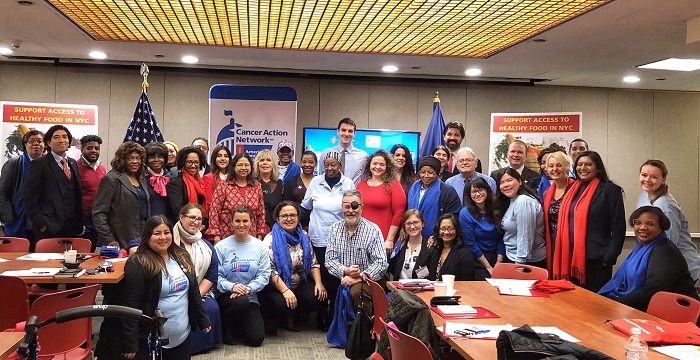 Wear Red Day at the Tennessee State Capitol was very successful this year! 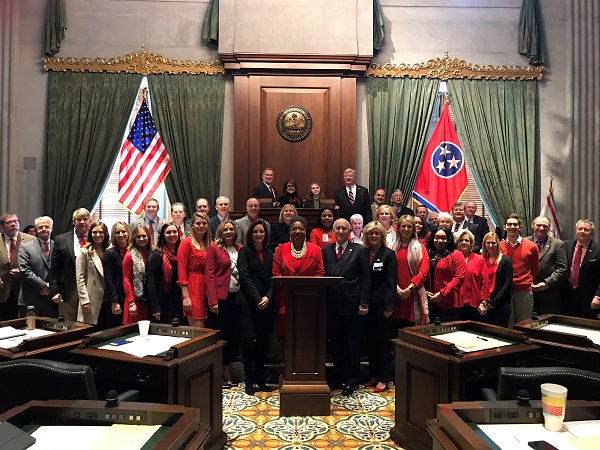 You’re the Cure advocates from across the state gathered at the Texas Capitol to raise awareness for the Go Red for Women movement and to advocate for a healthier Texas for all. 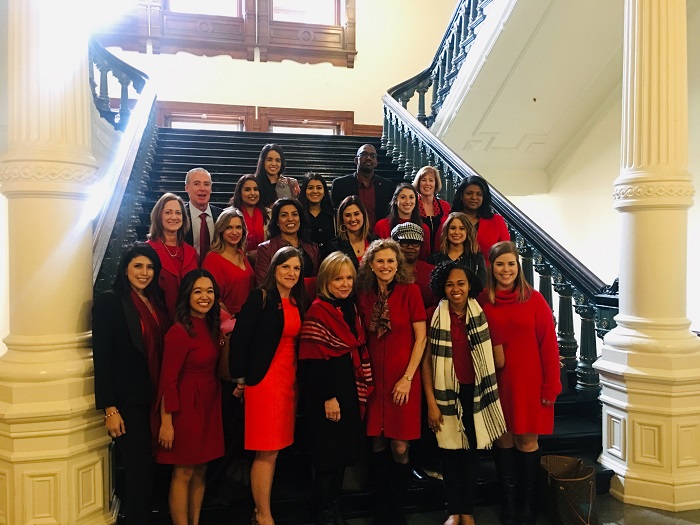 You’re the Cure advocates gathered at the Utah State Capitol to advocate for improved safe routes to school and the elimination of youth tobacco use through increased tobacco control measures. 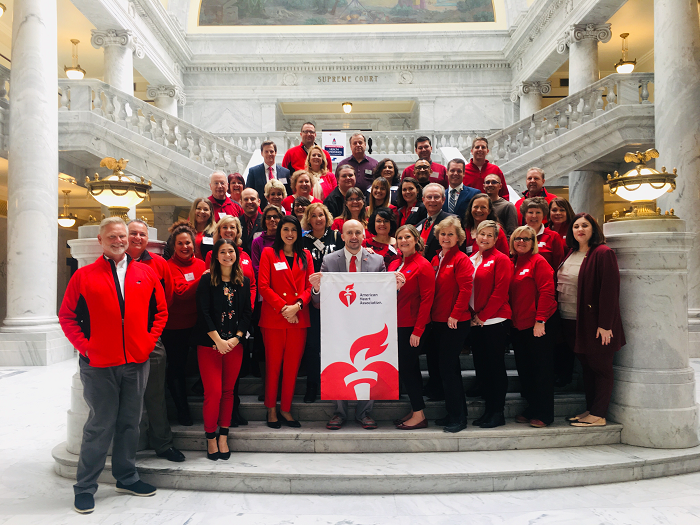 Advocates took to the Capitol on January 29th to meet with lawmakers about public health policies including raising the minimum purchase age for tobacco and e-cigarettes to 21 and to help families on food assistance increase their buying power for fruits and vegetables. 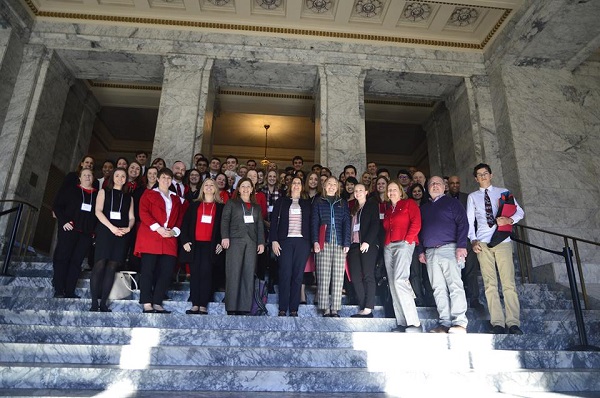 On Capitol Will, the women of Congress came together in February to wear red and raise awareness about the No.1 killer of women! 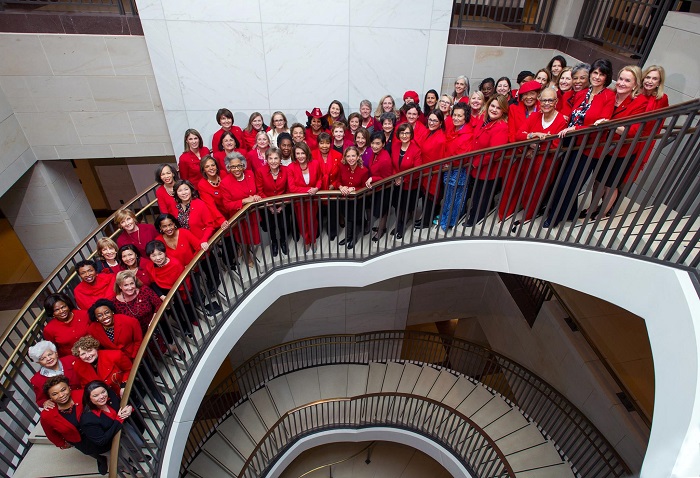 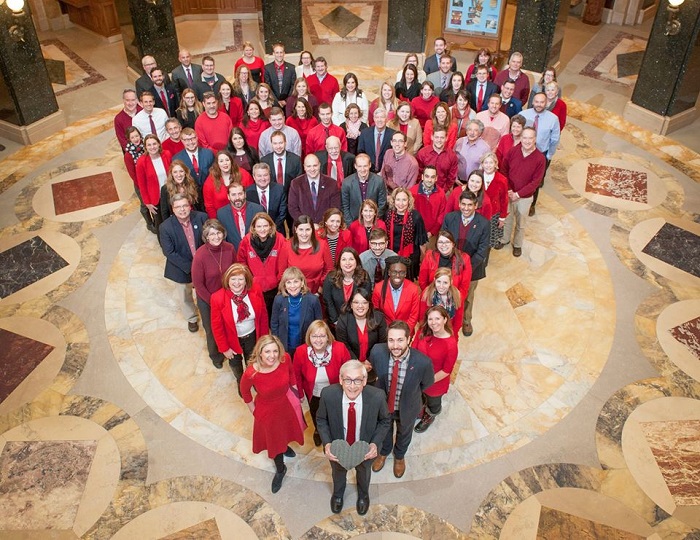 Advocates gathered at the Capitol on February 7th for the American Heart Association's West Virginia Advocacy Day and met with lawmakers in support of creating a healthier Mountain State. 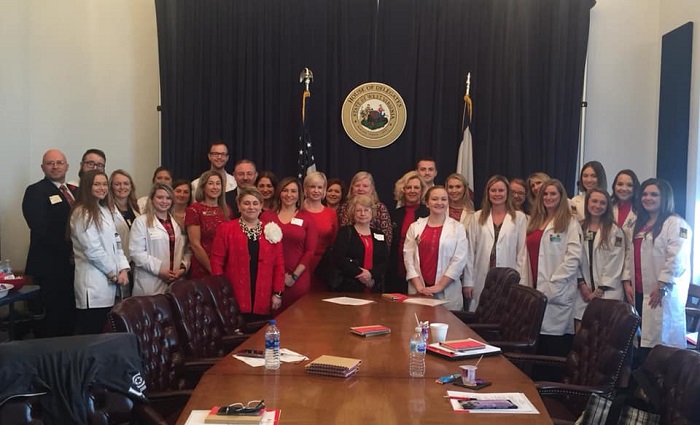 In addition to the wonderful programs that have already happened, there are still more to come!  If you live in any of the states below, be sure to check out these upcoming events:

California: Register now for California's Heart at the Capitol 2019 on April 10th in Sacramento.

Montana: RSVP for Montana's Heart at the Capitol 2019 on March 19th in Helena.

Nevada: Register now for Nevada's Heart at the Capitol 2019 on March 12th in Carson City.

Oregon: Register now for Oregon's Heart at the Capitol 2019 March 13th in Salem.